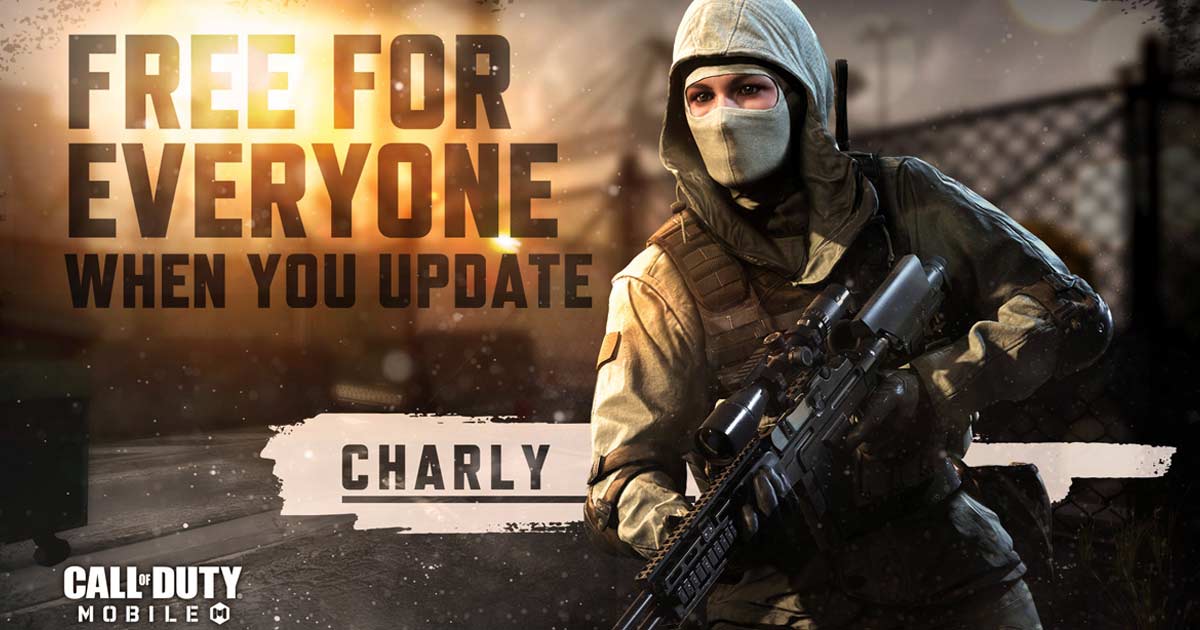 Call of Duty Mobile will get a new Controller agent Charly as part of the Battle Pass update, which will be free for all gamers

Activision will release CoD Mobile’s latest Battle Pass update for Android devices and iOS users will also get it soon. Joining the roster is a new Operator Agent Charly, which will be free for all players. There will be no restriction or time limits to acquire this character.

Players will find Agent Charly in their inventory as soon as the Battle Pass update is in place. Any new players coming into the game will automatically receive her as a default operator.

🆕 New operator, Charly joins the fight and will be available to all players in #CODMobile upon updating! pic.twitter.com/RoxPC5HgkK

Raised on trips to Africa with her father, Charly has been hunting poachers in Kenya and Tanzania. She has been pegged as an expert tracker, who joined the British Army.

Having passed all selection rounds successfully for the SRR, she helped liberate a besieged CIA safehouse. She also earned a friend in Kate Laswell.

You May Also Like :  League of Legends patch 11.9 set to nerf Multiple Champions

Each Operator in CoD Mobile relies on their specific and preferred method of close-quarter combat. Charly prefers to use a baton to get her task done. By default, Agent Charly comes with her own signature Finishing Move. This is for both regular situations and when the enemy is lying prone.

However, a key challenge in performing these moves is setting oneself up to perform it with precision. Finishing Moves essentially target enemies with poor locational awareness.

This is where the agent uses certain Field Upgrades, such as Dead Silence and tactical equipment, like the Heartbeat Sensor or Stun Grenade. Doing so actively helps her get behind opponents and know their locations.

It additionally allows her to slow their ability to know her presence, thereby stopping a player from attacking.

The new Season might interrupt a player’s Finishing Moves. If a player finds a friend getting finished, he can take down the enemy performing it before it’s too late. Performing a Finishing Move requires a player to hold down the Melee button behind an enemy.