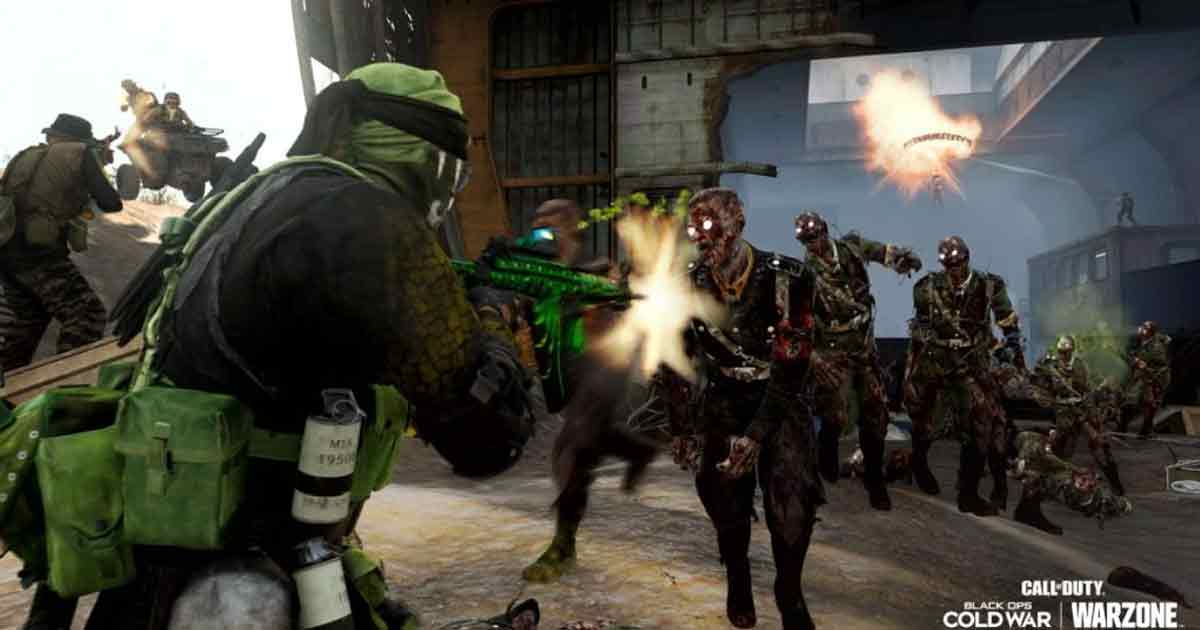 Call of Duty Warzone players across the Verdansk map now have all the information regarding zombie whereabouts, courtesy an online leak

Zombies are in Warzone now, having arrived on Verdansk in a new shipwreck POI at the beginning of Season 2. Since then, the zombie hordes haven’t been increasing, but they are slowly on their way around Verdansk.

Many players have criticized this as being more of a zombie tour than a genuine invasion. However the fact that the zombies are on the move provides dynamism to the game.

As per recent leaks, players now know the exact whereabouts of all Zombies across Call of Duty titles. While this might sound exciting, it might not be to every player’s taste. When Activision introduced the new zombie outbreak, it did not have many takers.

Initially, a new report suggested that zombies across Warzone would be invading Verdansk’s map in totality. This did not materialize, as the zombies infiltration is yet to go up.

Instead of an out-an-out invasion however, it looks like zombies took a trip to Warzone’s prison. Often referred to as the Ghoul-ag, this prison escape turned out to be a lot more disappointing than fans envisaged.

The future #Warzone zombie spawn locations have leaked. This is going to be a loooong invasion… 🥱https://t.co/ImFU0NbDxl

Next on the zombies’ radar was another location in Verdansk. This time it appears that zombies are putting up at Warzone’s hospital. Each time they move, the living dead seem to pack up their things in the old location without adding any more zombies to their ranks.

You May Also Like :  The Verdansk Map comes to CoD Warzone in Season 3

Judging by past activities, Warzone players now have info about where all the zombie attack will head next, courtesy the leak. These include Bank, Dam, TV Station, Superstore and Stadium.

If this continues, gamers will discover a new Warzone zombie location every week until Season 3’s release date. And then Warzone’s Plague Mode game mode will eventually nuke them.

What are zombies up to?

It appears as if zombies are taking one last look at all of the map’s major hotspots before Verdansk is removed in Season 3. With some of these being significantly large locations, players can hope to see at least the total zombie count rising as they spread further in Warzone.

With the 2021 Call of Duty game title already out, it appears gamers will not have to wait long until Warzone gets even more major updates.