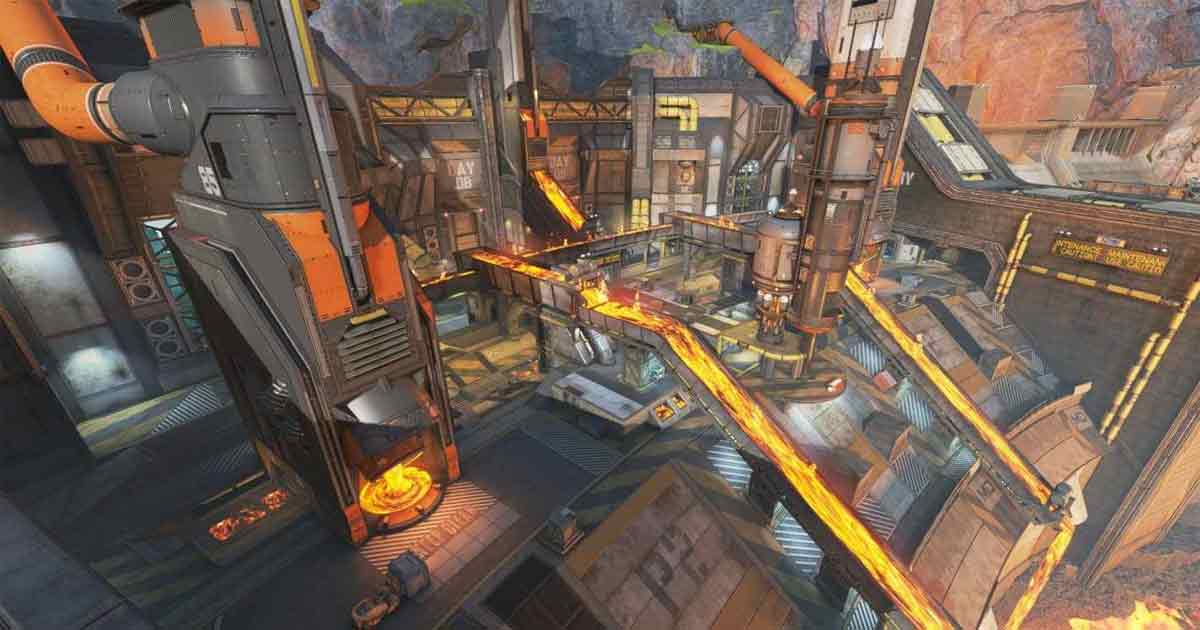 Apex Legends has announced the launch of its new Thrillseekers event, with a new Arenas map, weekly rewards tracks and splashy new looks

Apex Legends has announced the launch of its new Thrillseekers event. It will bring in a slew of attractions, including a new Arenas map, weekly rewards tracks and splashy new looks

Overflow differs from other Arena maps by being lane focused, where each location is separated by tall, lava-filled structures. With this separation, players cannot easily spot early decisions made by the other team.

They will need to stay vigilant before committing to a side or risk being flanked. While there are opportunities for long-range engagements, combat tends to favour short-to-medium ranges along either POI: Overlook or Slope.

Overlook is a long, open area with a central interior that gives a height advantage over this POI. This area is perfect for snipers or DMRs. Players may want to hold the interior to control not only this area but their flank as well.

You May Also Like :  All Future Call of Duty: Warzone Zombies Locations Leaked

Slope offers both a high ground and a unique area where players can slide down to a remote part of the map. This area can be used for sneaky flanks or defensive setups where players may not expect it.

For the three weeks of the event, Apex Legends will be running back-to-back rewards tracks: 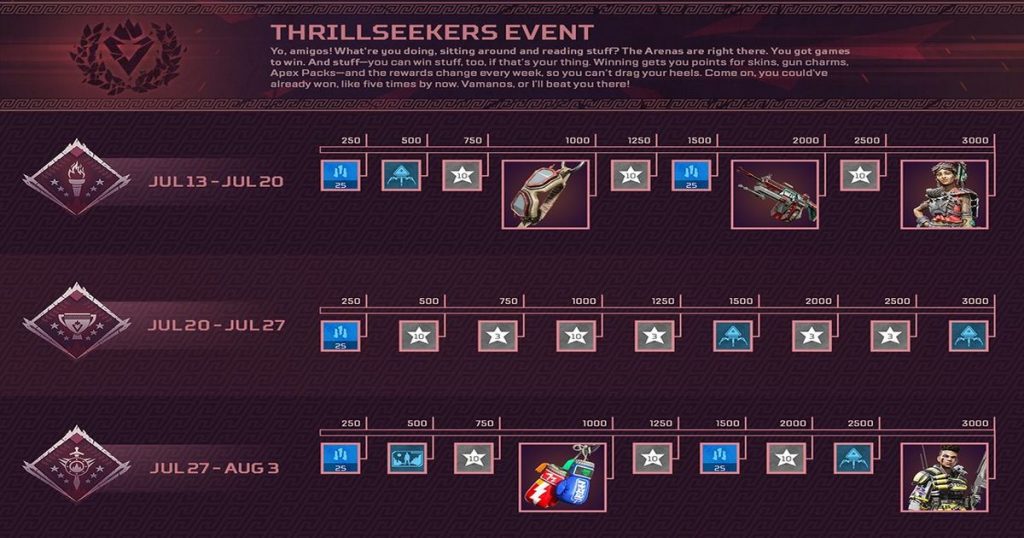 Gamers can earn over 1,000 points per day and challenges refresh daily. There are also stretch challenges that reward four unique badges if they complete them during the event. All of these challenges also stack with their Battle Pass, so they can complete multiple at once.

There will be three specific badges to unlock for reaching certain milestones in Arenas. One each week: