Battle of Verdansk in Call of Duty Warzone: Rewards and Winning Tips 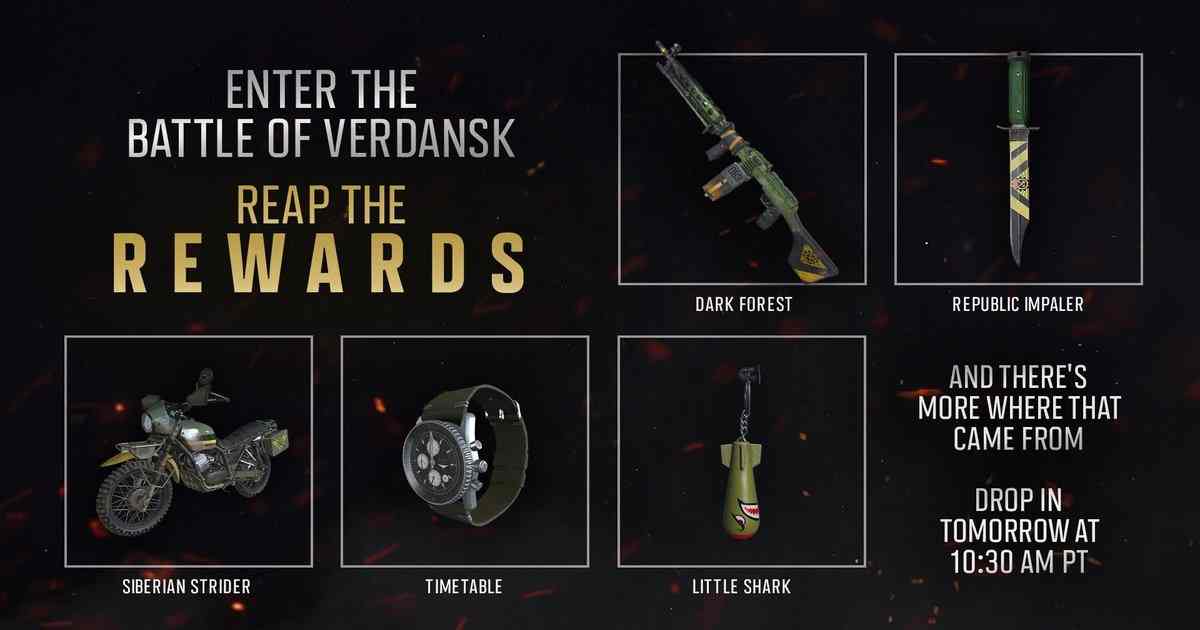 The Battle of Verdansk LTE offers a host of rewards for players across three different categories, which players can win till the event ends on August 23

By now, CoD fans must have dug deep into the Battle of Verdansk experience. This event not only ushers the advent of Vanguard in the CoD universe, but independently offers one hell of an experience to gamers!

Rewards on offer in Battle of Verdansk

Players, who have already completed the battle, can pride themselves having achieved a commendable feat. However, this is not a one-and-done experience.

The RPD, Watch, and Knife appear to be the rewards to unlock by joining the Battle of Verdansk playlist. pic.twitter.com/Pr1qKl6RAY

Gamers can replay the Battle of Verdansk until August 23 at 10:30 am. If a player wants to win all the rewards from the event, he must rejoin the fight against the death machine.

There are three distinct reward categories based on the nine objectives for this event: participation, exfil, and damage to the train.

Gamers will be entitled to the above two rewards, if they have arrived here right after playing the event. These rewards would already be present in their account. Otherwise, they must play through the event once and get rewarded. The Dark Forest LMG Weapon Blueprint is worth considering for Loadouts.

You May Also Like :  CS:GO adds link to Fair Play Guidelines, other features in latest Update

Interact with the Exfil Point Reward

This is a Little Shark Weapon Charm (Epic). Although it’s no easy task, it is possible to reach the Exfil Point during the Battle of Verdansk.

Command has sent a care package, but you’ve got to be at the #BattleofVerdansk to claim it.

👀 the brief for more intel pic.twitter.com/UxooK9q8Vz

Players must first get accustomed with Zhokov Scrapyard’s layout. The Official Warzone Strategy Guide breaks down the area here. In addition to studying it out of game, gamers must either drop into this zone in standard Warzone matches or replay the event to find the best route to safety.

Additionally, it is important to manage the mass of weapons. Heavier weapons will hinder speed just like they would in a typical Battle Royale match. Hence, players might drop their weapons to get that extra speed boost.