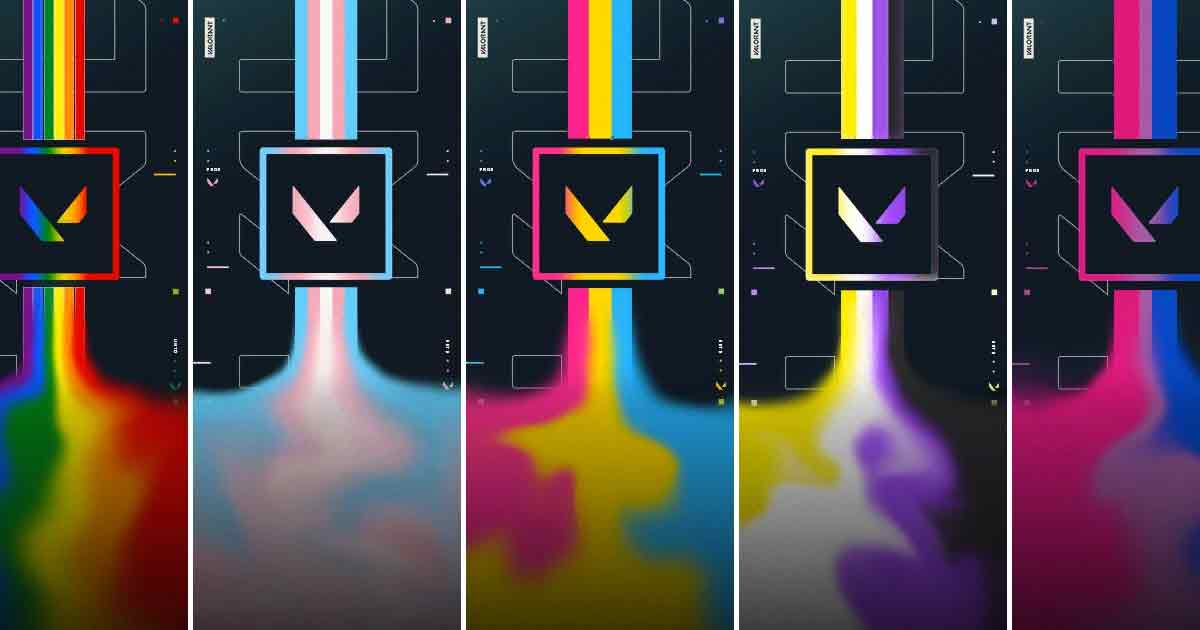 Players of the Valorant game are set to expect the latest rainbow-style cards to enter the game just like the developer’s MMO giant League of Legends that releases LGBTQI+-themed poro icons every year.

Players who want to know everything about the Valorant Pride Cards to show off their Pride in-game will find the information right here.

Look of the Valorant Pride Cards

The Valorant Pride Cards are a fine mix of the LGBTQI+ community’s rainbow colours blended with the dark, futuristic aesthetic of the game.

The game will see seven more cards and the Riot Games has made an iconic rainbow flag design encompassing all LGBTQI+ people. There will be also individual cards for each different sexuality such as:

You May Also Like :  Battlegrounds Mobile India: Government looks into Krafton-Tencent Ties

How to obtain Valorant Pride Cards

Riot has advised players to keep checking on the title’s official website throughout June to get updates on the way to obtain the cards.

just found out valorant is gonna release some pride player cards on june 3 AND its redeemable 😩‼️ pic.twitter.com/fUrWBjsFQR

Players can adopt this collecting process that might work. League of Legends every year experiences the return of the Pride ‘Fluft’ icons. These can be purchased for 1 Blue Essence available in the store. This is the in-game currency of the title that means they are basically free.

However, only time will tell that the collecting process will work or not. Since Valorant also has the store, this process may be transferred across by the Riot.

There is no specific release date for the cards. However, Riot has advised fans to keep checking the website for the official announcement.