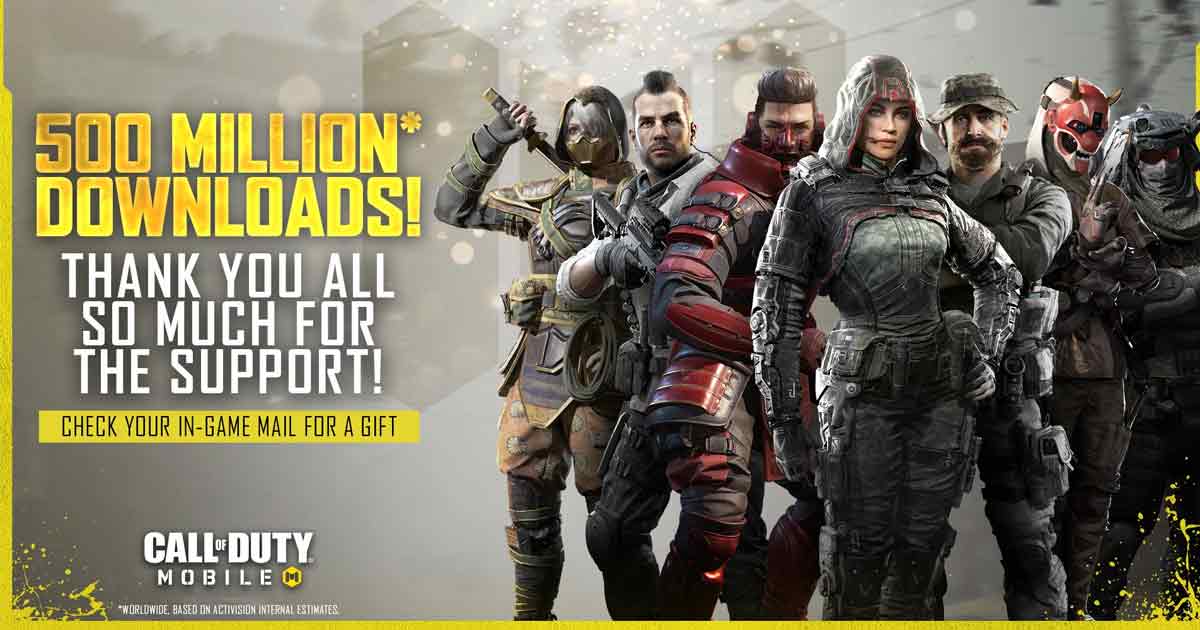 CoD Mobile is currently on a roll! Not only has its player spendings topped $1 Billion, it also recently crossed 500 million downloads

CoD Mobile has surpassed 500 million downloads worldwide according to developer Activision. The game has also surpassed $1 billion in gamer spendings till date.

To mark the milestone, Activision has sent a gift to all CODM players. There are Radio Current Crates, which can be claimed through the in-game mail.

Activision’s president, Rob Kostich, shared another news that the game has now surpassed $1 billion in player spendings. He revealed this significant news during an earnings call of parent company Activision Blizzard.

Also, Activision’s active monthly Call of Duty players have sky-rocketed to over 150 million in the last couple of years.

You May Also Like :  CS:GO latest release notes makes changes to Maps, 360 Stats

Activision Blizzard also released its financial results for the first quarter of 2021 a few days back. The company said that the March season of CoD Mobile was its highest-grossing yet.

Adding to the scaling numbers, the game’s release across the globe is proving to be very fruitful. Player spending for the first quarter in the country was at par with the rest of the world.

The game was released in October 2019 on Android and iOS and has since become a major hit. Furthering CoD Mobile’s success was its release in the lucrative Chinese market on December 25, 2020.

Activision said that this brought in “tens of millions of new players” to the mobile game.