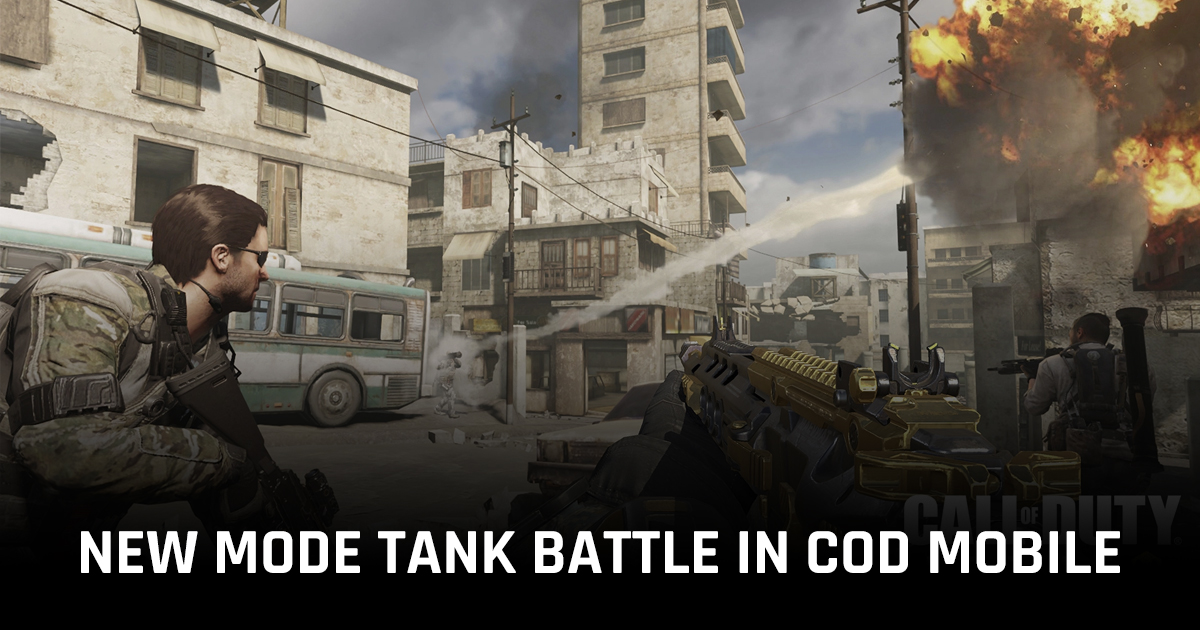 CoD: Mobile Season 2 updates are round the corner and will introduce a new Tank Battle mode, along with new Multiplayer maps & weaponry

Call of Duty: Mobile will receive a host of new features through its upcoming Season 2 patch update. If recent leaks are to be believed, a new ‘Tank Battle’ mode will be added to the game, along with new maps and weapons.

The new Tank Battle feature will be available in the battle royale mode. In this mode, players need to assemble their own tank and add attachments to it to prepare a fully functional battle unit.

In the Tank Battle mode, players will be required to collect various components of a tank and assemble it to make a fully functional war tank.

These parts are available at the vending shops across the map and after collecting a total of five components, players can use them to create their tank.

Gamers will recall that Activision had previously confirmed that the latest Season 2 update will get a new Multiplayer map. The upcoming COD: Mobile map is Shoot House, a small Modern Warfare map designed for quick matches.

Season 2 will add a host of new weaponry for CoD: Mobile gamers. They can collect mines, bombs and other equipment to counter players hurling attacks on their tank.

With this, players can effectively burst down the tank with this utility, ensuring a fair combat for both parties.

CoD Mobile Season 2 will introduce two new guns in the game, AS VAL and SP-R 208. The AS VAL is a Russian Rifle first introduced in Call of Duty: Modern Warfare.

SP-R 208 is a marksman rifle already available in CoD: Warzone. It has been a fan-favorite weapon for quite a while owing to its superlative power and faster reloads.

The next update of the CoD: Mobile will get most of the features via the test build. In the current testing, players have spotted many exciting new features. The most important changes have been the ones we have mentioned above.