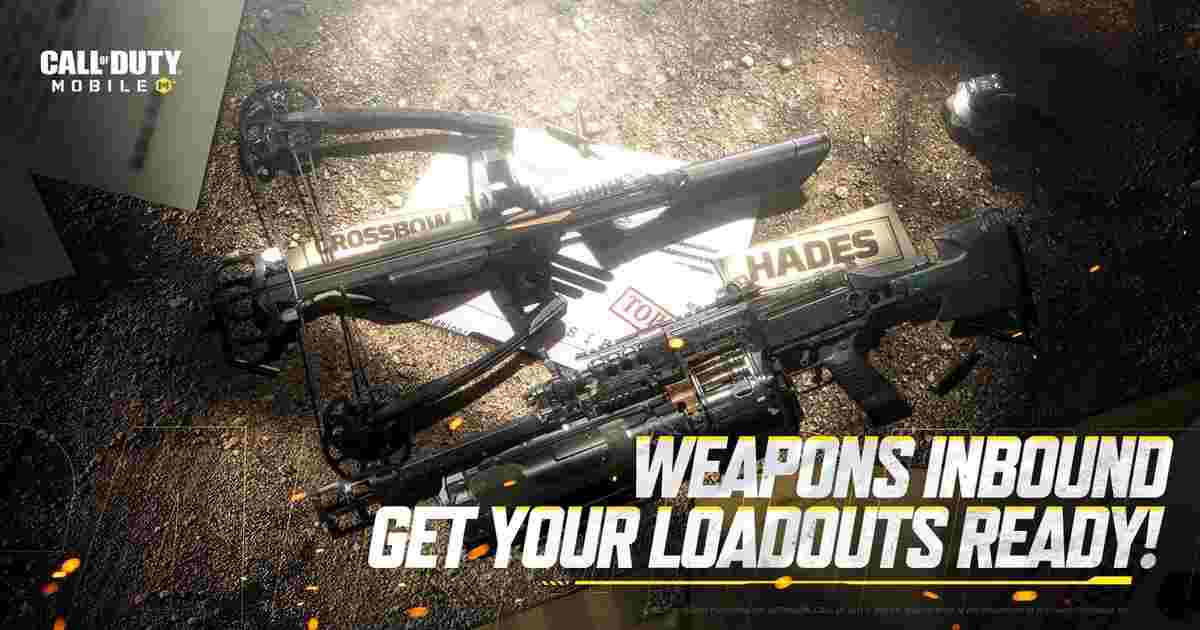 Season 7 of CoD Mobile is arriving soon, along with two new weapons awaiting gamers: the new LMG Hades and a Crossbow

Season 6 of Call of Duty: Mobile is nearing its end and with the arrival of Season 7, two new weapons await gamers. These are the new LMG Hades and a Crossbow, coming to CoD Mobile

This New LMG is a very capable weapon with a high rate of fire and high damage. The gun provides ease of control, but lacks accuracy and mobility. The Hades LMG is from Black Ops 4 and has a base damage of 36.

It is quite famous on zombie maps, and in Black Ops 4 Zombies. Gamers can purchase this weapon from the Mystery Box for 950 points. The Pack-a-Punch version of Hades was called the Acheron Alliterator.

💥🏹 The Hades & the Crossbow will be releasing in #CODMobile as a part of Season 7!

It boasts of an increased magazine and reserve ammo size. Hades comes with a rapid fire round which will increase its fire rate massively but also make it harder to control.

You May Also Like :  New Valorant map Fracture arrives in Episode 3 Act 2 update

The Crossbow arrives in CoD Mobile

The other weapon arriving in Season 7 will be the Crossbow. This Crossbow ensures highly accurate kills and fits the bill more as a secondary weapon than a primary.

As of now, CoD Mobile does not have any secondary weapons with long-range capabilities. This is where the crossbow makes most sense.

The new Crossbow can kill with a single shot, and has three kinds of rounds: Thermite, Explosive and Nova. CoD Mobile has not confirmed any of the attachments. However, players can expect these to make it to the game, going by recent trends.