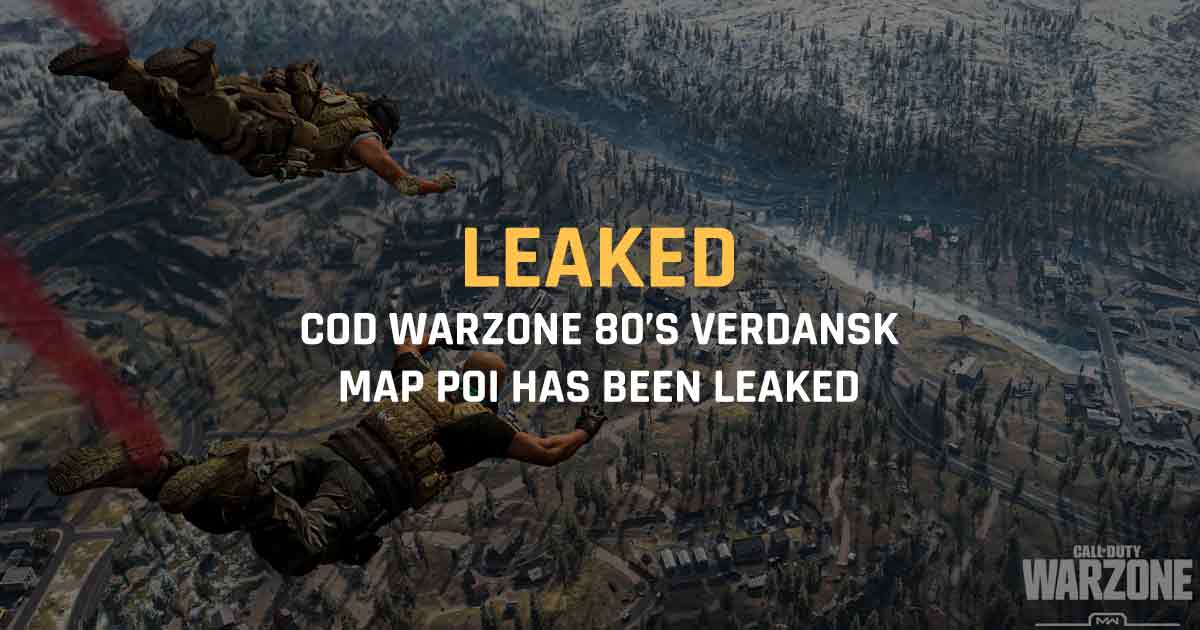 Going by recent leaks, the locations and POI for the speculated Warzone 80’s themed Verdansk map are already out. This latest information comes with the latest Warzone map leak, which suggests the retro-themed Verdansk will go live later this year.

Recently, a trailer for a new Warzone map leak revealed an 80’s Verdansk setting. Warzone’s new map could be a refurbished version of Verdansk, with a 1980’s makeover.

Could these be the new POIs for #Warzone‘s 80’s Verdansk map?

New data-mined information seems to suggest the names of the new POIs in the Warzone 80’s Verdansk map leak. However, fans of Warzone must remember that this is only a speculation based on leaked information.

There has been a lot of speculation surrounding the new Warzone map and what kind of setting it will offer to players. Initial images suggest that the new map appears to be a reworked 80’s version of Verdansk.

New information has revealed the names of the POIs in the latest Warzone map leak. Since these are rumours and leaks, gamers must exercise caution in deciphering the news.

It appears that players may be going back in time to the 80’s. The new Warzone map has also been rumored to be on the Black Ops Cold War Engine. This would make sense given that Verdansk might now be set around the same time period as Black Ops Cold War.

The new map will feature a number of new and returning POI. Among some of the most interesting are Vorkuta and Park.