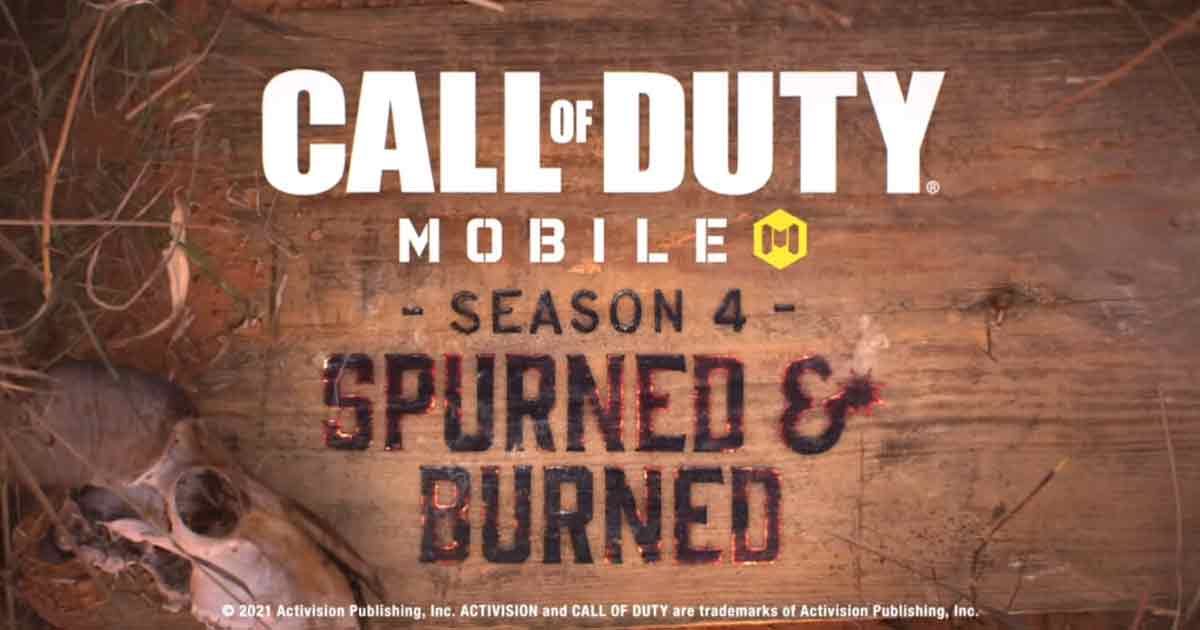 The Season 4 in CoDM will go live in a few days and fans can expect deadly new weapons, along with exciting new maps coming their way

Activision released the CoD Mobile Season 4 update a week early due to the ‘80s Action Heroes event in CoD: Mobile, with several new features. The Modern Warfare 3 map is coming to mobile, featuring a key military area located in the middle of a desert.

CoD: Mobile’s Season 3 Tokyo Escape offered players a chance to explore new content and ideas in Japan. Season 4 has now been announced, and players can look forward to a host of new attractions coming their way.

Activision has officially announced that the CoDM Season 4 will be titled ‘Spurned and Burned.’ While Season 3 was Japanese-themed, this season brings Call of Duty to the Wild West.

🤠 Time to hang up the swords and whip out those hats and boots!

🆕 The new season is approaching and will be loaded with new weapons, operators, and more!

4️⃣ Season 4: Spurned & Burned will be launching in #CODMobile on 5/26 at 5PM PT! pic.twitter.com/yJ2AhXcd7m

You May Also Like :  The Valorant-Zedd Collaboration introduces new Spectrum Skin Bundle

New weapons in Season 4 of CoDM

For a long time now, CoD Mobile has been continuously adding content from 2019’s Modern Warfare. Gamers have seen several maps, Operators, and weapons arrive from MW and Warzone. Fans can expect Season 4 to expand this arsenal further.

CoDM have confirmed the arrival of two Modern Warfare weapons, the MK2 Carbine and the Holger 26, as well as the Heartbeat Sensor and Sickle melee weapon.

Many players have been anticipating the Heartbeat Sensor’s arrival, and it’s finally arriving in Season 4. This Tactical Grenade will temporarily reveal the position of nearby enemies and will be available through a Seasonal Challenge at the start of Season 4.

CoDM’s trend of being a hub for all things in Call of Duty continues. The new Season gets a classic map from Modern Warfare 3. It will arrive at the beginning of Season 4.

Another classic map is on its way to #CoDMobile in Season 4 👀 pic.twitter.com/AYfRu3k6p3

Activision has confirmed that Dome, which hasn’t been seen in a main CoD title since MW3, will arrive in Season 4. This small map has two indoor areas for close-range combat. Also, the titular Dome provides a great vantage point for snipers.