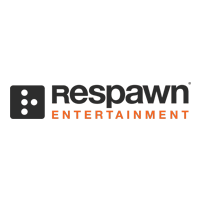 Respawn Entertainment is a AAA game development studio that was founded in 2010 by former co-founders of Infinity Ward and creators of the multi-billion-dollar Call of Duty and Modern Warfare franchises. In 2017, Respawn was acquired by Electronic Arts, a leading global interactive entertainment publisher. The company has shipped Titanfall and Titanfall 2 to critical acclaim, and are currently hiring for its Star Wars, Titanfall, and Unannounced VR game development teams. The studio developed the action-adventure game Star Wars Jedi: Fallen Order, which was released in November 2019, and the free-to-play battle royale game Apex Legends, released in February 4, 2019. Respawn developed Medal of Honor: Above and Beyond, released on December 11, 2020, for which it became the first video game developer to receive an Academy Award.

Skull Town may return to Apex Legends in its next update: Respawn