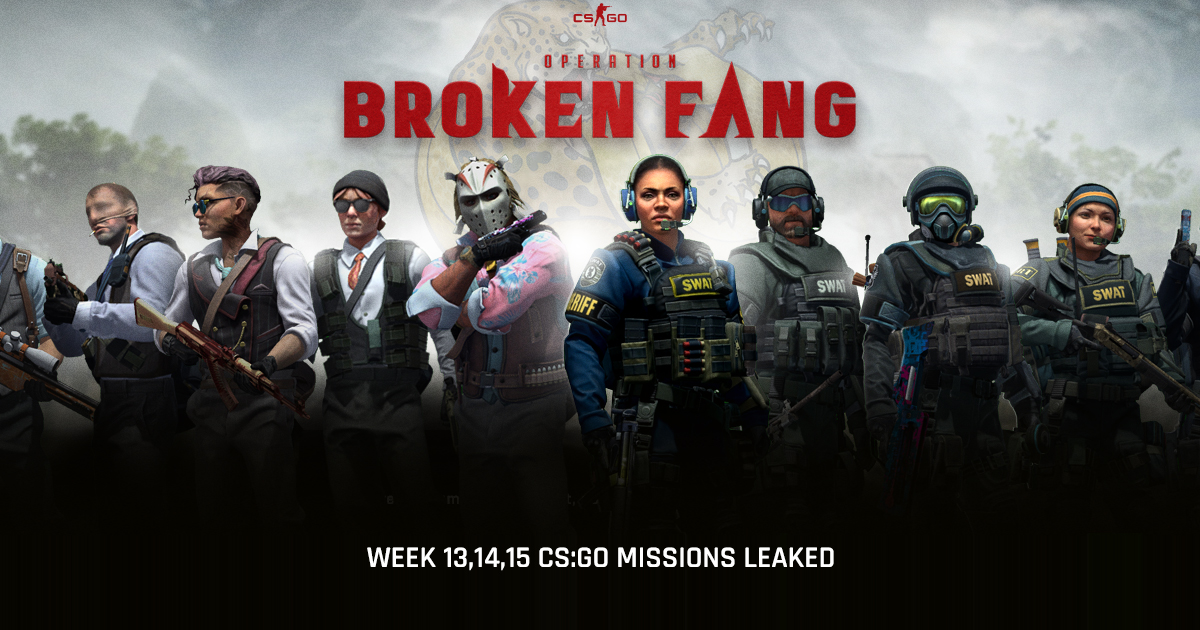 CS:GO’s famous Operation Broken Fang has an interesting three weeks of activities and missions, as has been disclosed by various leaks

Operation Broken Fang’s Week 13, 14, 15 CS:GO missions have been leaked well ahead of time. The new missions are set to take place from February 23rd all the way till March 16th.

Operation Broken Fang has been quite a success for over two months now, with CS:GO fans thoroughly enjoying it. After ironing out initial glitches and bugs in a few missions, Valve has provided players with constant mission updates.

Over the past few months, players have shown keen interest in this operation as they battled across weeks of completing missions, which allows them to purchase in-game items.

Another incentive awaiting them is the much sought-after Diamond – Operation Broken Fang Coin. Battle pass owners can obtain this unique collectable item after a successful mission.

As each weekly mission progresses, players stand a chance to win reward points. These then can be used to purchase CS:GO items released along with the operation. Currently the 12th weekly mission is underway.

Forthcoming CS:GO missions which will be released next week and is titled ‘Vertiglobals’. This is because three of the four weekly missions will be taking place on the roof of a skyscraper – Vertigo, giving players a chance to win 11 stars in all.

You May Also Like :  New Accessories, New Events, Systems in Wild Rift 2.2b Update

Players however, will not be able to complete any of the Vertigo missions concurrently. Different game modes will provide different requirements for them. This mission starts on February 23rd.

Next comes the ‘Turf War’ weekly missions. Scheduled to take place from March 2nd onwards, it gives players an opportunity to earn a total of 11 stars.

Most missions in this week require players to obtain a certain amount of kills across different maps and game modes. This is sure to make these sets of missions quite interesting for gamers.

The second last set of weekly missions is christened ‘Spare No Expenses’. These missions will again offer a maximum of 11 stars up for grabs.

This set will release on March 9th for gamers. The unique missions will be the one which requires players to spend a certain amount of money in a Danger Zone.

Details of the last mission for the 16th week have not been out yet. This might be because it comes with another co-op mission. The developers probably want it to remain a secret till the time is right.