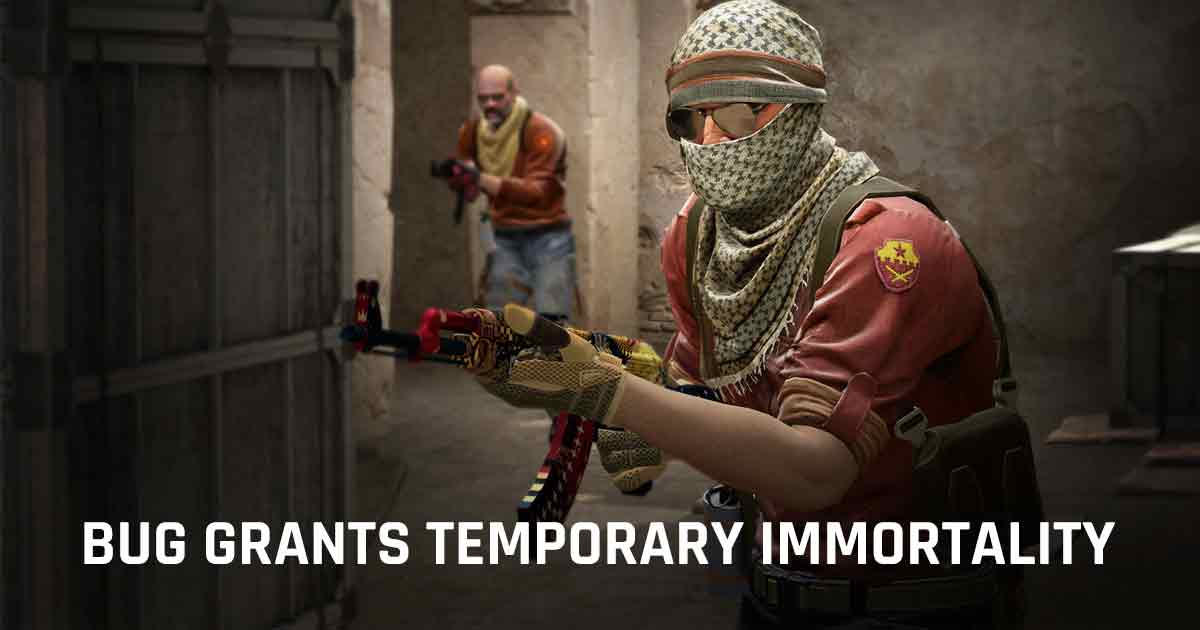 CS:GO Players were caught off-guard with a game-breaking bug making them temporarily immortal until they fire their first shot

Players discovered a weird bug in CS:GO that made them temporarily immortal. Due to this bug, gamers remain immortal until they fire their first shots. Any player can activate this bug in a few steps, but it successfully works only during the deathmatch game mode.

It is a technical glitch that occurred due to the poor back-end game code. A poorly optimized game code causes this bug to remain active.

Just discovered a way to become immortal in @csgo

The bug hardly makes the affected player visible to enemies at the time of immortality because the model of the player appears translucent in-game. While being in this state they accept no damage at all.

Players are hoping that Valve should fix it at the earliest before coming of the similar variants for other game modes.

Effects of Immortality bug in CS:GO

All players at some moment must have thought to freely run around a CS:GO map and dashing heads on taking no damage. However, the new bug allowed the player to accomplish this until they took their first shot. After that the immortality barrier automatically turns off.

Steps to Experience Immortality in CS:GO

Any player can successfully recreate the bug but it works only during the deathmatch game mode. Players can experience immortality in the game by following the steps listed below:

Redressal on the cards?

These are the ways through which gamers can easily replicate this bug in the deathmatch game mode. However, the duration of immortality quickly comes to an end as soon as players fire their first shot.

This critical bug is limited to only one game mode that is mostly used by players for practice and warm-up.

Players though remain hopeful that Valve will quickly handle this issue. If not, others might figure it out and activate a similar bug for other game modes also.

As it is a result of poorly optimized game code, the developers might be able to resolve this issue soon. The only problem is that ‘Source Engine’ is quite old and so the fix may be a little complex.