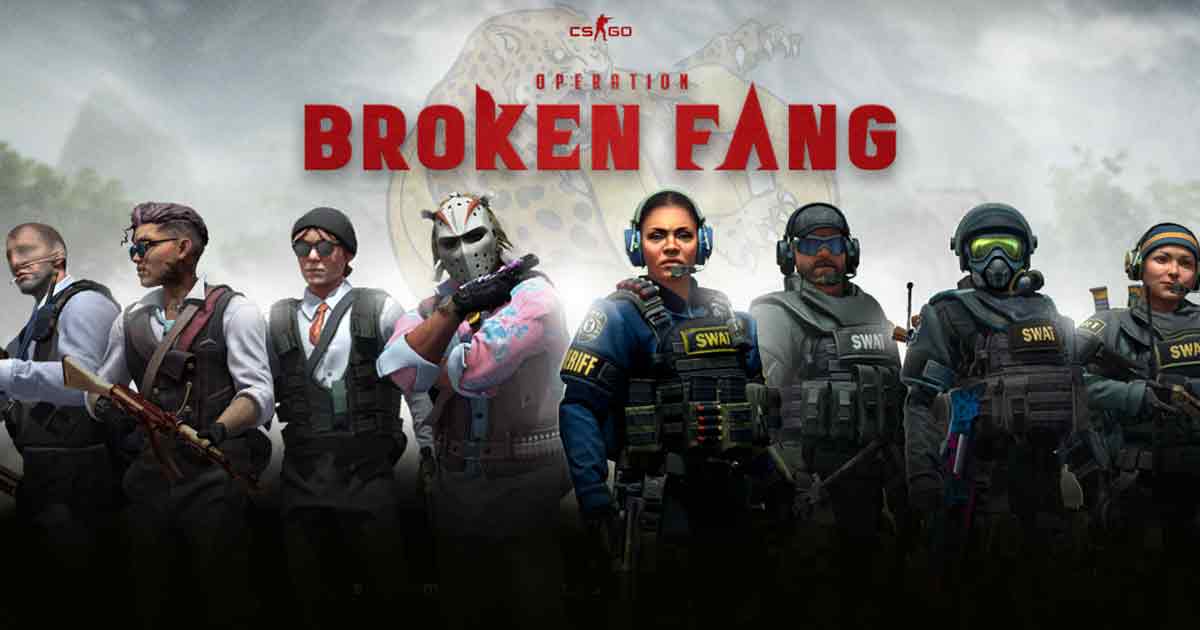 Valve has launched the recent patch notes in CS:GO and with this, Operation Broken Fang has come to an end, with Retakes remaining available

In a recent patch update to CS:GO, Valve has announced the end of the fan-favourite Operation Broken Fang. Having said this, some of its more popular features will live on.

With Operation Broken Fang coming to an end, players with unspent stars will have until May 15th to spend them. After this, they will expire.

For players who want to continue collecting their official Competitive and Wingman stats, they can now subscribe to CS:GO 360 Stats for $0.99 per month. This also applies to those who didn’t participate in Operation Broken Fang but want to try out the stats feature.

Thanks to everyone who took part in Operation Broken Fang. As of now the Operation has concluded. Players have until May 15th to spend Operation Stars.

We have a few updates today, beginning with the Active Duty Map Pool—Train has been removed and Ancient has been added.

You May Also Like :  The Iron Trials ’84 Mode in Warzone: How to go about it and win Rewards