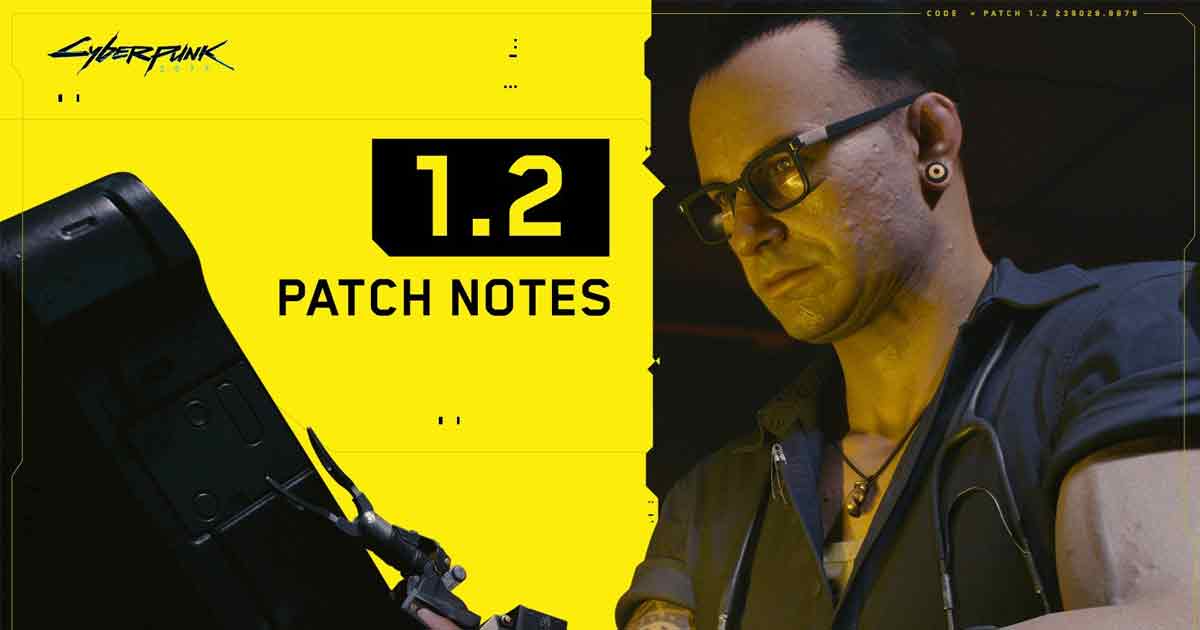 Cyberpunk 2077 has launched its patch 1.2 update, featuring more than 100 updates to the game across platforms and will require over 40 GB space

Gamers across the globe had been eagerly waiting for the developers of Cyberpunk 2077 to come up with a major update and address the long-standing issues plaguing the game. It seems their hopes have been answered.

Patch 1.2 update has been introduced and there are more than 100 revamps carried out this time. The entire overhaul is over 40 GB in size and is live across consoles and for PC users. Google Stadia customers will be able to avail the update next week.

Cyberpunk 2077 developers have increased the NCPD spawn radius for when the player commits a crime. The Controls settings now get a reworked Steering Sensitivity slider ideal for keyboard users. Players can now reduce their speeds as required across vehicles and input devices.

The game gets an adjusted vehicle steering code to work better in low and extreme high frame rate situations. This will help players produce more consistent results and get improved steering feedback on base consoles. The devs have also added an Unstuck Rocking/Rotating feature to all vehicles.

CD Projekt Red will provide Cyberpunk 2077 players with improved engine stability and performance in patch 1.2 update. The developers have carried out enhancements to memory optimizations and memory management in various systems. This should reduce crashes.

PC gamers now get Ray Tracing on AMD graphics cards. To avail this feature they shall require the latest GPU drivers. The update has fixed an issue that prevented grenades from being charged after closing a dialogue window using ESC.

PS4 players get a treat! Earlier, they could not drop items from the backpack as they would always reappear back in the inventory. This has been rectified.

The game now gets several modifications to the environment and levels, courtesy patch 1.2 update. For starters, in the ‘Dream On’ mode, the objective will no longer get stuck on “Neutralize the attackers”.

Superstar V will also not get stuck inside an AV flying off, if he is standing on pipes during Suspected Organized Crime Activity: Opposites Attract.

Patch 1.2 for Cyberpunk 2077 is now live on PC and consoles! A version for Stadia will follow later this week.
The list of changes for this update is available here: https://t.co/gbDIp90CXG pic.twitter.com/gt64a8DPzW

The update has also fixed multiple issues related to improper NPC behavior in combat. Gamers can now change to the correct attack mode and will not get stuck in a location. NPCs will now react aptly to V’s presence and will enter the combat as desired.

The game will now display ads properly on curbs along with multiple adjustments and upgrades. The devs have updated the Arabic language layout and tweaked visual issues in quests briefings.

Reworked UI panels now make their way to Cyberpunk 2077, including Journal, Map, Scanner and others. Also, update 1.2 has fixed an issue that halted the game if the shard was read directly from the loot container in a minor activity.

Gamers will now get additional button hints in order to move forward on the treadmill in “Where is My Mind”. They can now jump freely to their preferred entry with altered database links. The health bar will now be prominently visible during car chases.