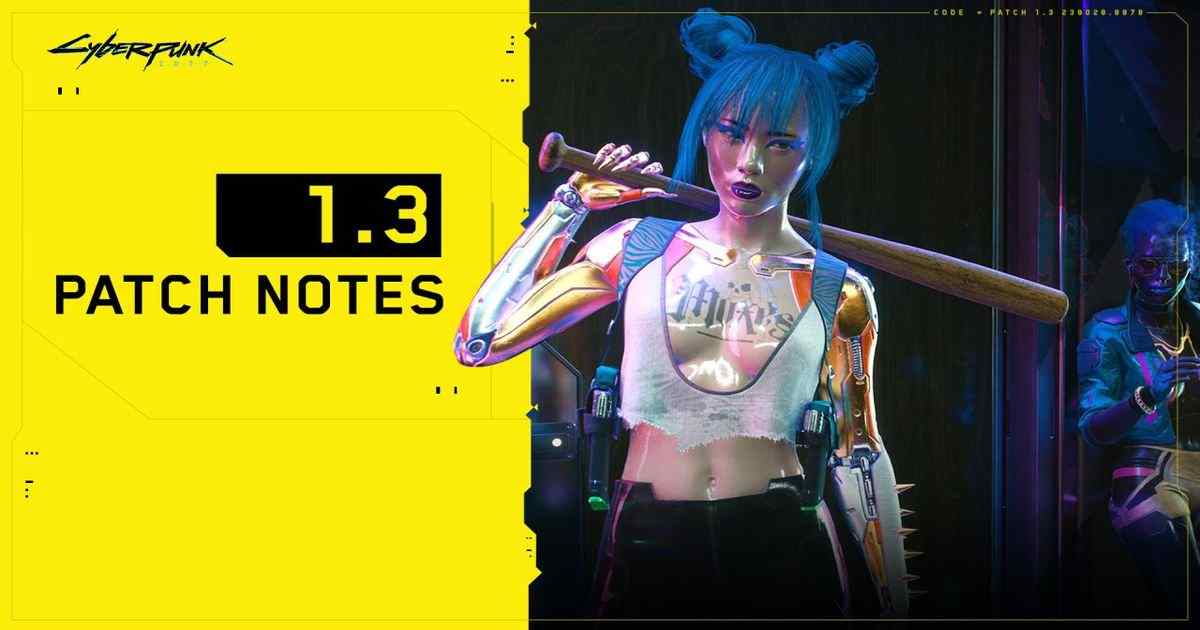 The Cyberpunk 2077 patch 1.3 update will soon hit live servers and there are massive improvements in store for gamers, including free DLCs

CD Projekt Red has announced the launch of Cyberpunk 2077 patch 1.3 and it promises a wide range of enhancements. While the developer hasn’t specified a launch date, patch 1.3 will be available across PC, consoles and Stadia. Read the full patch notes here.

The key highlight of this patch update is the introduction of free DLCs. Once launched, players can find these in the Main Menu under the Additional Content moniker. The list of free DLCs coming up is as follows:

Gamers can enable this in Settings in the “Additional Content” tab.

Both these are available in the stash in V’s apartment after receiving a message from Viktor after completing The Ride. They’re of Rare/Iconic quality by default. Players can also unlock Crafting Specs to craft a higher quality.

This will be available as a reward or for purchase, depending on choices made by the player. Gamers can grab this after completing Ghost Town and then receiving a message from Dakota or Rogue.

Here’s a list of the most notable changes coming in this update: https://t.co/P4BZ9pohBS pic.twitter.com/awBD6KWdAn

If a player hasn’t received the message, he should be in the Badlands area and move further away from Dakota’s workshop. Dakota will also need a couple of days to contact them.

NCPD will no longer react and turn hostile because of dead bodies in Open World activities. Additionally, it will now react to hitting NPCs as well, with a non-lethal weapon.

The update has rearranged shards into correct categories. Now, calls to NPCs will not end abruptly, which broke other holocalls from the NPC.

Patch 1.3 also fixes the issue where interrupted holocall would resume along with another call. This could make the NPC appear in other calls and break the next holocall from that NPC.