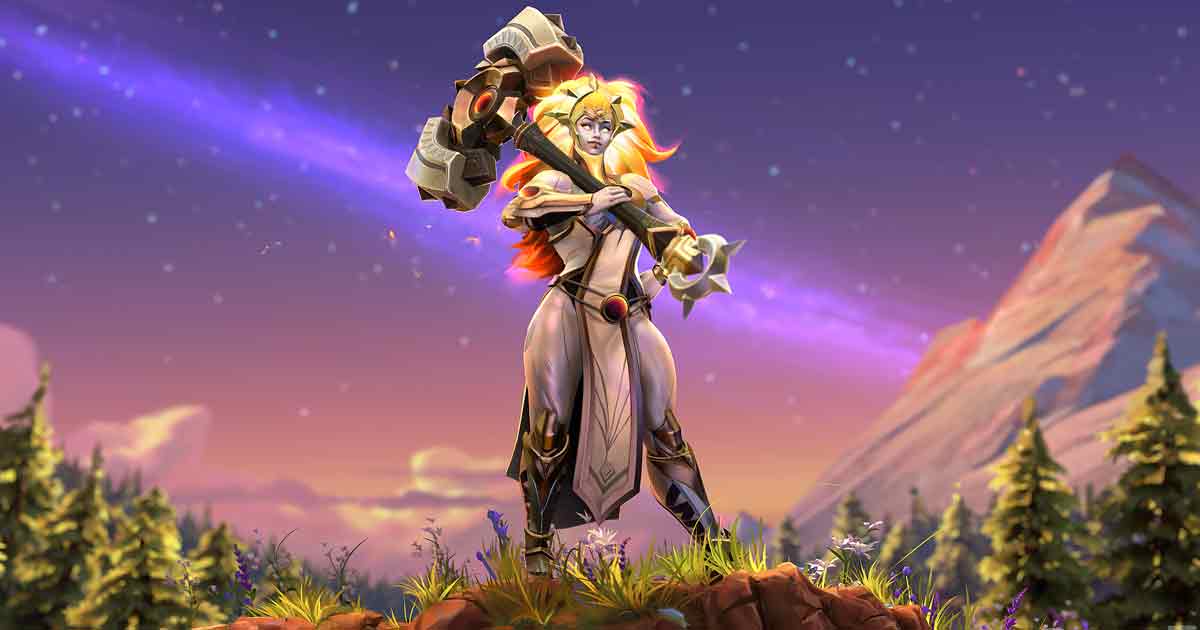 Fans of Dota 2 now get a new hero joining the roster. Dawnbreaker comes with four distinct abilities and she arrives as part of patch 7.29 update

The recent patch update 7.29 has arrived in Dota 2 and it brings an all-new hero: Dawnbreaker. The new character joins the vast spectrum of heroes already present in Dota 2 and is now the 121st member of the roster.

The patch update is no tiny matter either, with a 500 MB download size. Newest entrant Dawnbreaker is a tank carry and melee-spec hero, with the unique ability to heal her allies.

The key abilities of Dawnbreaker are Starbreaker, Celestial Hammer, Luminosity and Solar Guardian. Let’s have a look at each of her abilities and what she’s capable of in Dota 2

The dark days of winter are finally behind us as today’s update heralds the break of radiant dawn. Introducing an all-new cosmic hero, Dawnbreaker, and the 7.29 Gameplay Update.https://t.co/BSMzhoXu0i pic.twitter.com/YVKEoQOrPq

You May Also Like :  How to join Free Fire Partner Program for More Rewards?

This is her ultimate ability, “Dawnbreaker creates a pulsing effect at a location within 350 units of an allied hero anywhere on the map, damaging enemies and healing allies with each pulse. After a short duration, she flies to the target location, dealing additional damage and stunning enemies upon landing. Once channeled, Dawnbreaker cannot stop the ability.”

Celestial Hammer for Dawnbreaker in Dota 2

Another point target ability, “Dawnbreaker hurls her weapon at a target, damaging enemies struck along the way. The hammer pauses for 2.0 seconds at the destination before flying back to her, leaving a trail of fire that slows enemies. Dawnbreaker in Dota 2, can recall the hammer at any time, pulling her towards it so they meet in the middle.”

This ability can pierce spell immunity. Equipped with this, Dawnbreaker charges up after 3 attacks which charge “her next attack with a critical hit that heals all allied heroes within 650 units around her for a portion of attack damage dealt. Creeps and neutral enemies provide less healing. Allies are healed for 35% of the amount.”