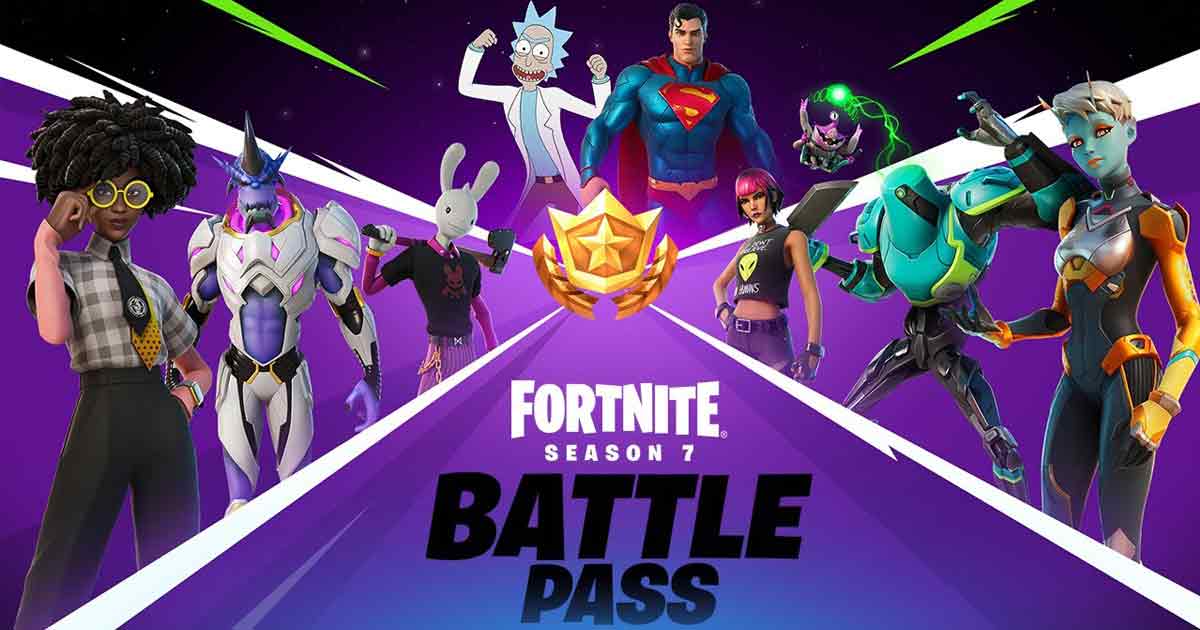 Epic Games has launched a fresh Battle Pass in Fortnite, with a bonus Superman skin launching later in the season. The Fortnite developer has also revealed the Fortnite Season 7 Battle Pass rewards.

The new Fortnite season is titled Invasion and it has an alien theme, as beings from another planet attempt to take over the island.

As part of the Battle Pass, fans will be able to unlock Superman, Rick of Rick and Morty fame, and a customisable alien trooper. But Doctor Slone appears to be the star of the show, and can be found in the centre of the map.

Team up with Guggimon, Rick Sanchez, Kymera and more with the Fortnite Chapter 2 – Season 7 Battle Pass as the cosmic war rages on! #FortniteInvasion pic.twitter.com/m3DxREUgd4

Epic Games has also released a Battle Pass trailer. It highlights some of the new skins gamers can unlock throughout the season.

You May Also Like :  Call of Duty: Warzone Patch Update restores former glory of Suppressors

The new trailer also showcases some of the new weapons, including an energy ray that can move items. This can be used to create carnage, as players throw cars at rivals and explosives.

Superman comes to Fortnite in Season 7

Users will be able to unlock certain variants of some of the skins, including a new look for Superman. This includes a black Superman skin that will presumably be available once Fortnite fans reach a high enough level.

Speaking of Superman, the official Battle Pass artwork suggests this particular skin will launch later in season 7. It’s likely Superman will take the place of Neymar, who launched midway through Season 6.

Speculations mention that Kymera is the name of the customisable alien character joining Season 7. Other new features include UFOs, which can be accessed to speed around the map and out of danger.

The new Fortnite Season 7 update weighs in at around 5GB on all platforms. Hence, it shouldn’t take too long to download.