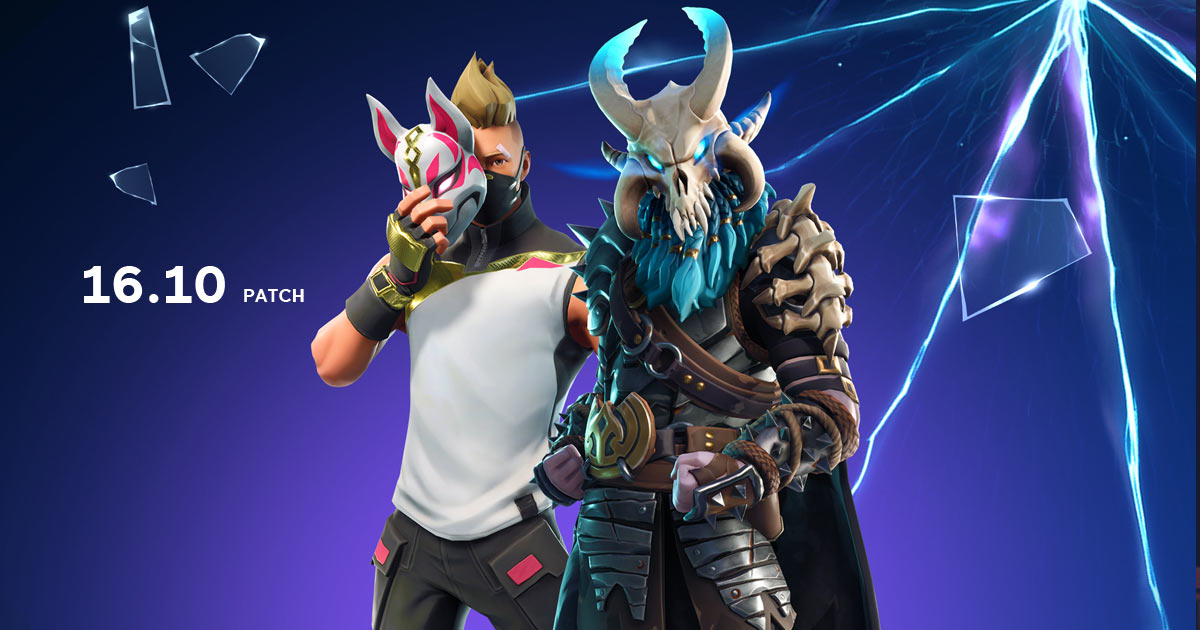 Fortnite’s v16.10 patch update is now live across PCs, Xbox, PlayStation and other devices. It gets changes to the Primal Shotgun, other items along with a few bug fixes as well. This is a mid-season patch, with Fortnite Chapter 2 Season 6 already running successfully.

There are no major map changes or game-changing new items in this new patch update. However, Epic has addressed the Primal Shotgun like some players have been calling for.

Additionally, Raptors will be available as tamable pets and can be used to eliminate enemy players across the Battle Royale island.

The biggest change in this patch is the nerf to the Primal Shotgun. Being one of the most used weapons since the Season commenced, it had started causing issues.

Epic has tweaked this close-range Primal Shotgun’s fire rate without altering the damage. The fire rate was previously 3.8, but that’s been cut by an undisclosed number in Fortnite’s v16.10 update

Additionally, the update makes changes to a few items and floor loot. Players can now find both Animal Bones and Mechanical Parts on the floor.

You May Also Like :  Riot Games plans to launch new Controller Agent in Valorant soon

The v16.10 patch update introduces a new weapon to the game: the Junk Gun. Staying true to its name, the weapon fires junk! Going by early impressions, junk or trash might become a part of the ammo in order to support this weapon.

Fortnite gets Raptors in v16.10

Raptors might soon descend on the Battle Royale. A rumoured crossover featuring the Jurassic Universe had been doing rounds. With Epic going with a Primal theme in Season 6, players can expect Raptors infiltrating the game.

These Raptors should spawn up around Forest areas with this update. Gamers should be able to tame these prehistoric creatures and use them to their advantage.