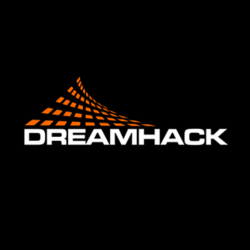 Often referred to as the world’s largest ‘digital festival’, DreamHack is a Swedish production company specializing in esports tournaments and other gaming conventions. Its events include local area network gathering with live concerts and competitions in digital art and esports. It is recognized by the Guinness Book of Records and Twin Galaxies as being the world's largest LAN party and computer festival with the world's fastest Internet connection, and the most generated traffic. DreamHack is arranged with the help of about 800 volunteers, set up in crew teams. They work in shifts to provide service for the visitors around the clock, like the support crew that have a helpdesk where the participants can address their technical problems. The organization also relies on local police and security officers who patrol the area. With a total prize pool of over 3 million SEK, the DreamHack esports competitions attract professional players from all over the world, most notably South Korea. From DreamHack, about one hundred different video streams are broadcast over the Internet, of which most cover the esports competitions. 21 of them are produced by DreamHack crew, the rest are independent and include Swedish national TV.

NBK quits CS:GO, switches over to the Valorant roster