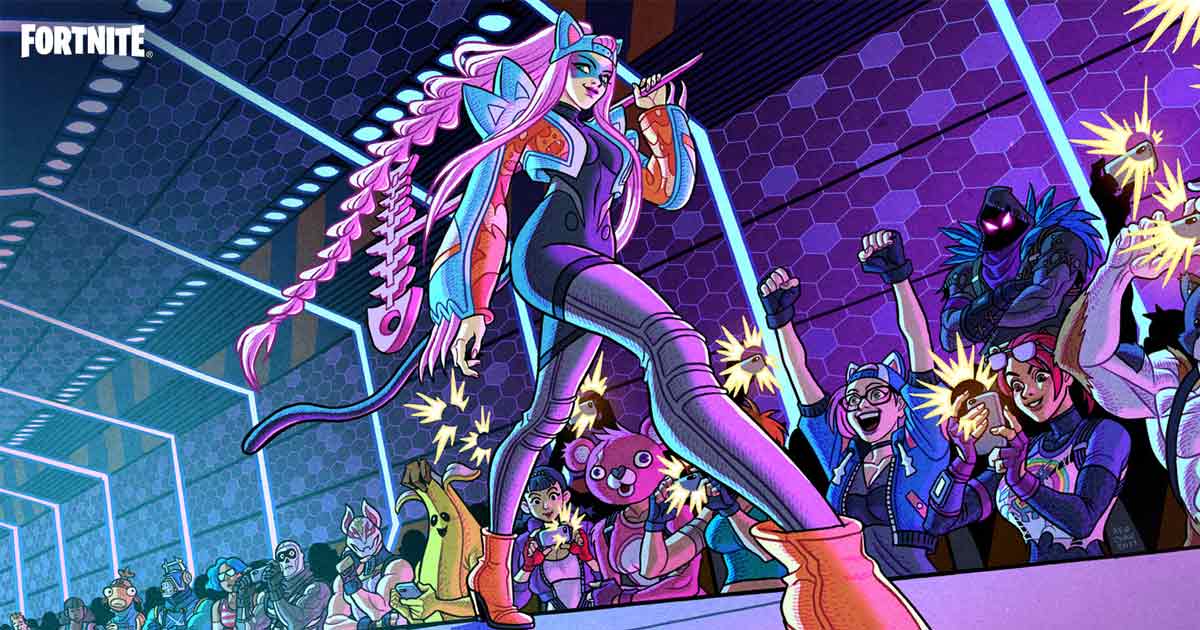 Lynx’s sister Alli has arrived in Fortnite as the star of April 2021’s Crew Pack. Active Fortnite Crew members will receive this upcoming Crew Pack at around 8 PM on March 31st.

The Crew Pack will include the Alli Outfit and the Squee Back Bling, which spells doom for ornery mice. Also included in the pack are the clean Skellyfish Pickaxe, the paw-plentiful Cat’s Paw Wrap and the Catwalk Loading Screen.

Fortnite Crew subscribers always have instant access to the current Season’s Battle Pass. This means that active subscribers during the recently-launched Chapter 2 Season 6 automatically get its Battle Pass.

If a player has already bought this Season’s Battle Pass before subscribing during the Season, Epic Games will apply a one-time 950 V-Bucks return to the gamer’s account.

Lynx might be the one who starts fights, but her sister has always finished them.

From the catwalk to the Island, Alli struts with style into the Fortnite Crew on April 1st.https://t.co/rYjF0L5TF4 pic.twitter.com/k8DK6LAbNV

Active Fortnite Crew subscribers stand to gain 1,000 V-Bucks every month. These V-Bucks are received on the day of subscribers’ billing date.

The upcoming Crew Pack for April does not mean bad news for March Crew Pack subscribers. Players, who subscribe to Fortnite Crew before March 31 at 8 pm, will automatically receive the March Crew Pack, along with the Blister Pack Back Bling bonus. This is the time when active members begin to receive April’s Crew Pack.

Players can subscribe to Fortnite Crew in-game from either the Item Shop or Battle Pass tab. To claim the April Crew Pack, they will need to log in from their original purchasing platform if it has been more than 30 days since their last login from that platform.