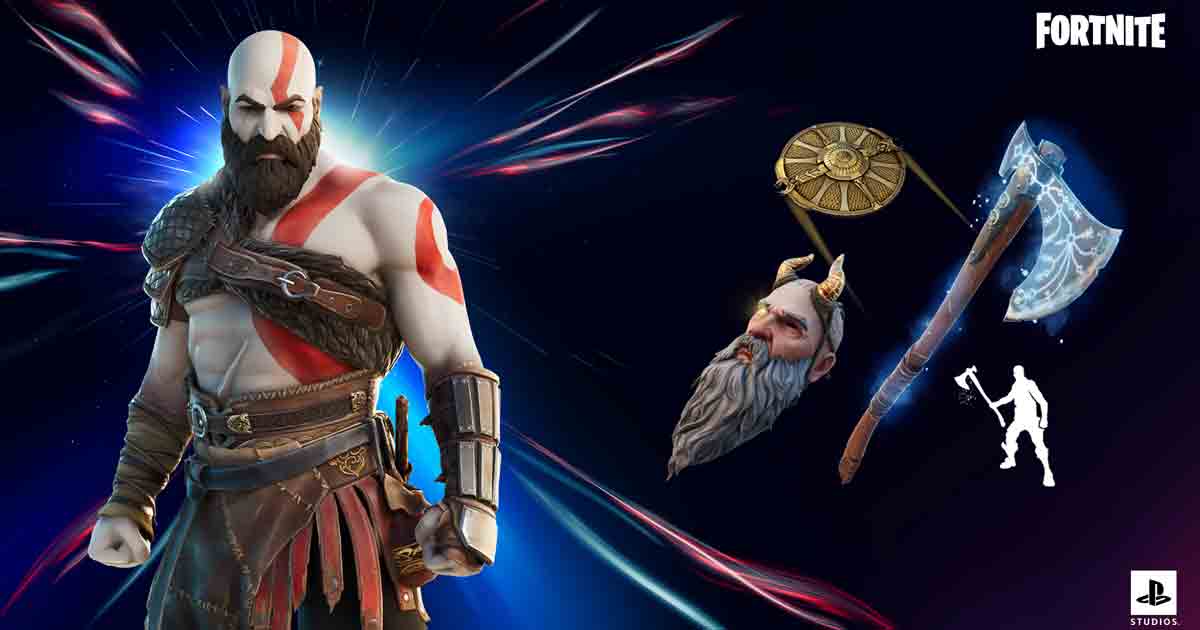 Fortnite has added the Outbreaker Set to its item shop and it includes the Kratos Outfit and Leviathan Axe Pickaxe. The new skin comes with a built-in Freezing Burst Emote. Gamers can purchase it in a bundle or individually.

While the character of Kratos was developed by Sony, it will be available across platforms where Fortnite can be played. However, players on a PS5 get to unlock the Armored Kratos Style, which remains exclusive to the console.

Players can purchase the entire bundle for 2200 V-Bucks. Included in this is the Kratos skin, a glider, a Mimir back bling and the Leviathan Axe pickaxe, which comes with an emote. Players can buy the skin and the back bling as a bundle for 1,500 V-Bucks.

The Guardian Shield Glider is a memento of Kratos’s wife Laufey the Just and is a well-endowed item. The Mimir Back Bling doubles up as a guiding force for players during combats and progressions.

He is what the gods made him.

Grab the Oathbreaker Set which includes the Kratos Outfit and Leviathan Axe Pickaxe with its built-in Freezing Burst Emote in the Shop now! pic.twitter.com/jCjNT5Xbgo

The Leviathan Axe Pickaxe is a powerful harvesting weapon in Kratos’s arsenal. The makers of Mjölnir Brok and Sindri have forged this lethal pickaxe.

You May Also Like :  Call Of Duty Mobile Season 2 will be introduced Next Week

Players get to unleash the frozen leviathan by activating the Freezing Burst Emote. This feature is built into the Leviathan Axe Pickaxe and the first-ever built-in Pickaxe Emote.

PS5 players get to witness the PlayStation legacy of Kratos as they purchase the outfit, unlocking the Armored Kratos Style.

It is well-known that Kratos is the celebrated God of war. His mission in Fortnite is to stop other players from escaping the time loop through the Zero Point.

With this recent introduction, Epic Games have successfully merged another icon from popular culture to Fortnite. Kratos comes with a power-packed bundle of his own and the items will be familiar to fans of the God of War PlayStation series.