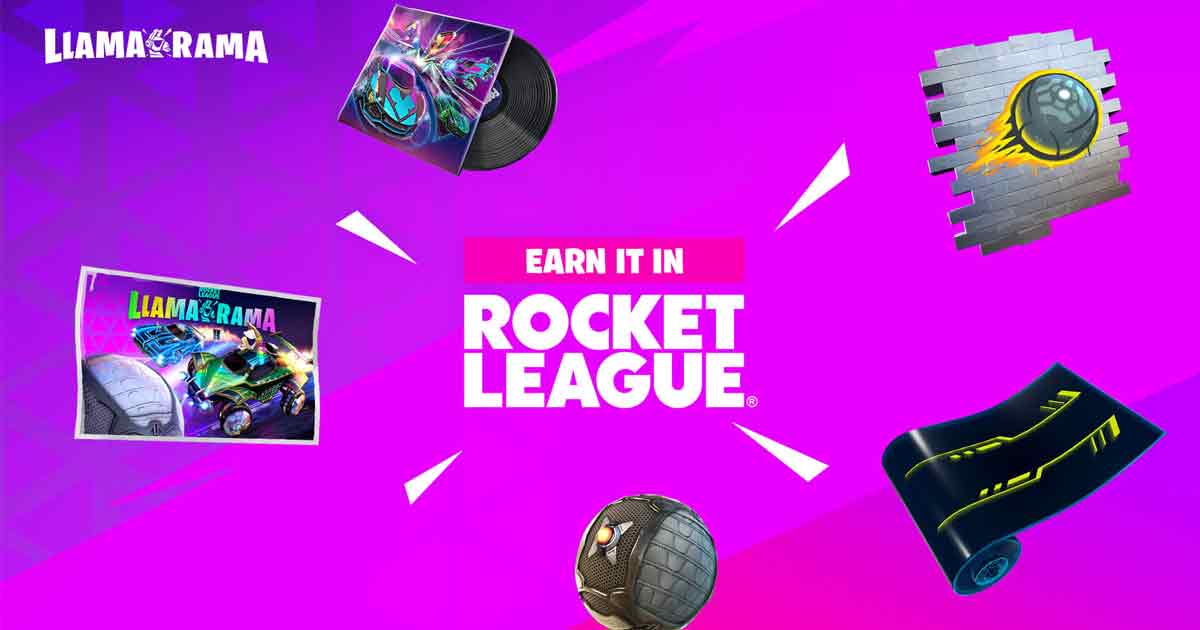 The recent edition of Fortnite’s Llama-Rama event will start from March 25 and run till April 9, with multiple rewards and attractions for contestants on offer

Fortnite and Rocket League will be joining hands once again to host another edition of the Llama-Rama event. The tournament will run from March 25th at 12 PM to April 9th at 4 PM.

With the finale of Season 2 of @rocketleague, we’re celebrating with more rewards to earn in Fortnite and Rocket League.

It wouldn’t be a party without some tunes, so we invited @Kaskade to take the main stage in Party Royale!

In order to attain top honours, participants will have to complete challenges in Rocket League. This will make them eligible for rewards in both Rocket League and Fortnite.

Kaskade to perform at Llama-Rama

In a bid to create heavy buzz for the event, the organizers have roped in famous DJ and producer Kaskade. He will perform a concert in Fortnite’s Party Royale on March 26 at 8 PM, and March 27 at 9 AM and 2 PM.

Fans will remember Kaskade as the show stopper of Rocket League Season 2. The Grammy-nominated artist will present his brand new Reset EP among many more attractions at the Llama-Rama event.

Are you ready to party with @kaskade?! In celebration of Llama-Rama — a special crossover between @FortniteGame and @RocketLeague — a new concert is coming to Fortnite’s Party Royale this weekend! Catch all three showings in Houseparty. 🤩 https://t.co/KurwmM2zFt pic.twitter.com/kqGKBoCE13

Interested fans can catch all the action at the Main Stage in Fortnite’s Party Royale, through Picture-in-Picture in standard Battle Royale. Alternatively, they can enjoy the Llama-Rama concert via the group video chat app Houseparty.

You May Also Like :  CoD introduces World Series of Warzone with a $300K prize pool

There are six rounds of challenges that contestants will need to overcome in Rocket League. Below are the details of the Challenges, along with the rewards in Fortnite and Rocket League:

Winning is Everything (Rocket League reward only)