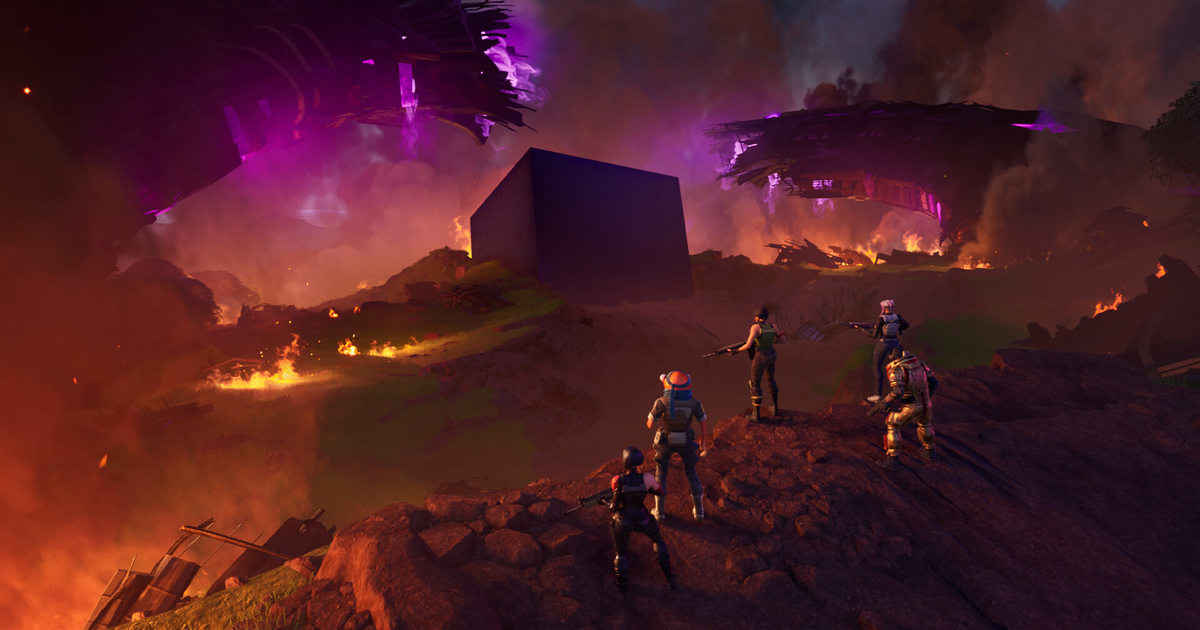 Fortnite Chapter 2 Season 8 is now live and it has reintroduced Cubes to the game and how! The Cubes that powered the Mothership are now free, and are a bigger threat to the Island than the Aliens.

Kevin the Cube has landed in Fortnite and has brought his army along. The “Cubed” Fortnite update for Chapter 2 Season 8 kicked off with the Operation Sky Fire in-game event. It will carry on for the next couple of months. Concentrated mostly around the crashed wreckage of the Mothership, the Cubes have an effect on the nearby environment. Surprisingly, some of the ship’s tech still works and its anti-gravity tunnels can transport groups around in loops. Fortnite lore is filled with Cube-spec stories. Players can take these weapons and parts with them after leaving an Anomaly. In Sideways, monsters do not fight in mobs. Here, gamers can find weapons loot, so these places present a different way to fortify gamers. The two new weapons in Sideways are:

…Strange things have been happening on the Island while you were asleep.

Players can deal bonus damage by revving them to their super powered state. Essentially, players need to have these weapons close to overheating for extra effectiveness.

You May Also Like :  The Fortnite Impostors Mode is now live: Gamer’s Guide to Play and Win

Punchcards are returning  to Fortnite this season, making the battle pass progress a lot easier to complete. The punchcards give players a chance to complete numerous themed objectives. All of these come with plenty of XP on the line for their troubles. Epic Games hasn’t confirmed the exact values and missions, but it should make the grind easier for gamers.