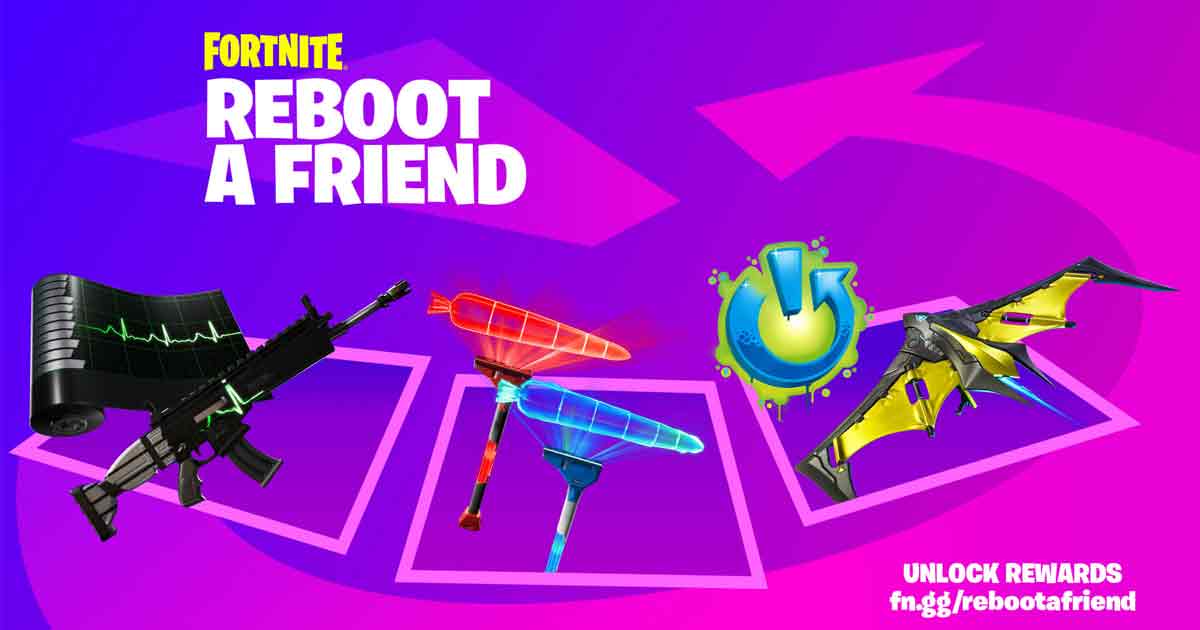 Epic Games has re-launched its famous Reboot a Friend event in Fortnite as part of Chapter 2 of Season 6. This event allows Fortnite players to invite their in-game friends and win free rewards.

Reboot a Friend in Fortnite

Starting at 3 AM on April 6th, the event will continue till the 2:59 AM 26th of this month. Fortnite players can add up to three friends at a time.

Players will be eligible to earn four total rewards by participating in this event. These include the Reboot Spray, Heartbeat Wrap, Toxic Flash Glider and two variants of the Plasma Carrot Pickaxe.

Gamers however, need to bear in mind that the friends they invite must not have played Fortnite in 30 days or more than that. Also they must meet the initial program requirements to be eligible.

Reboot a Friend is back! Have friends that haven’t dropped onto the Island in a while?

Invite them back and play together to earn in-game rewards.

These rewards are not exclusive and have never been released before. However, Epic Games might make them open for purchase, given the response it receives from the event.

You May Also Like :  Fortnite adds Summer Skye and her Set to its Crew for August

How to play Reboot a Friend?

Both invitees and those inviting friends can unlock rewards by collectively playing games. Epic will grant rewards to players’ accounts within seven days of unlocking them through progress.

Gamers and their partner can win 100 points if the fellow player is rebooted. Every game after that is worth 10 points.

In case a Fortnite player does not have a rebootable friend, he or she can still earn points by selecting any friend on their friend list as a squad-mate.

They stand to earn 10 points per game with these friends. However, they won’t be able to score the 100-point first-game bonus.

Steps to participate in the event