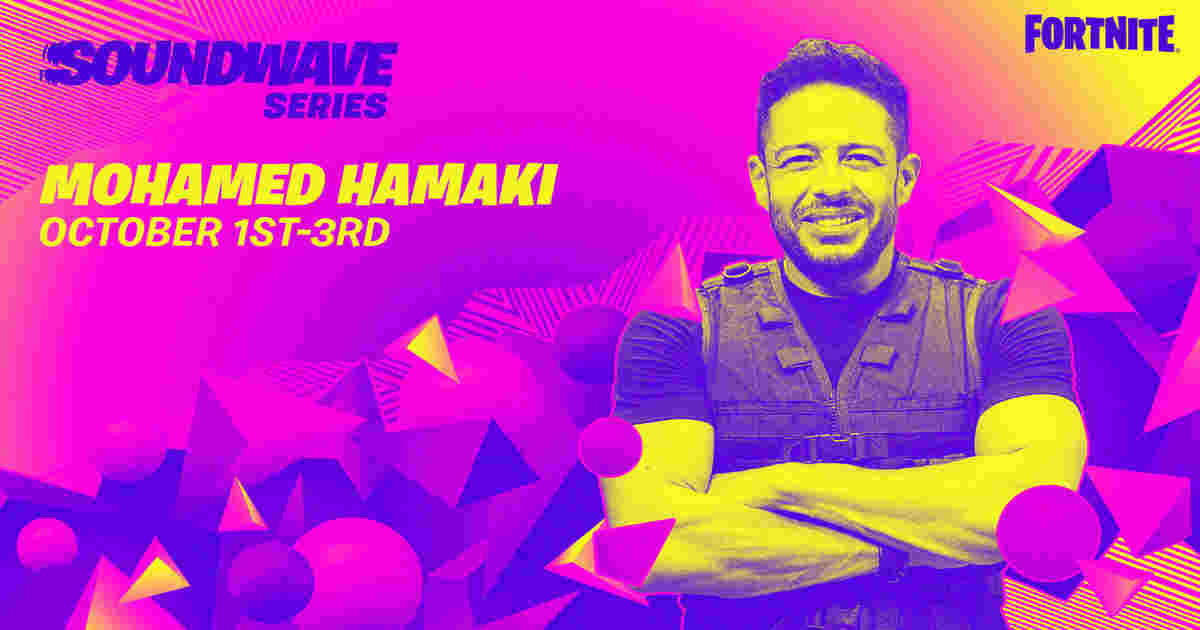 In a musical experience, that is sure to keep fans grooving, Fortnite is collaborating with Egyptian superstar Mohamed Hamaki, to bring the Fortnite Soundwave Series. It will feature a series of musical shows boasting of artists from around the globe.

The musical series starts tomorrow, October 1. Every show takes place in its own interactive experience in-game. The first artist in the lineup is Mohamed Hamaki.

The Mohamed Hamaki Soundwave Series posters can now been seen around the map at various locations pic.twitter.com/lqxr7NSazt

Over the coming months, the following musical sensations will have their own shows to experience in Fortnite:

Mohamed Hamaki in the Soundwave Series

Along with his hits, Hamaki’s show will feature the first performance of his new song “Leilt Elomr”. To jump in, players can enter the “Hamaki’s Musical Show” playlist, starting Friday, October 1 at 2 pm ET. This playlist has been created by community creators Team Alliance and TheBoyDilly.

You May Also Like :  The Mauer der Toten Zombies map arriving soon in CoD Black Ops

The show will repeat non-stop for 48 hours, until Sunday, October 3 at 2 pm ET. Players who attend the show will receive the Soundwave Series – Hamaki Spray as a memento. 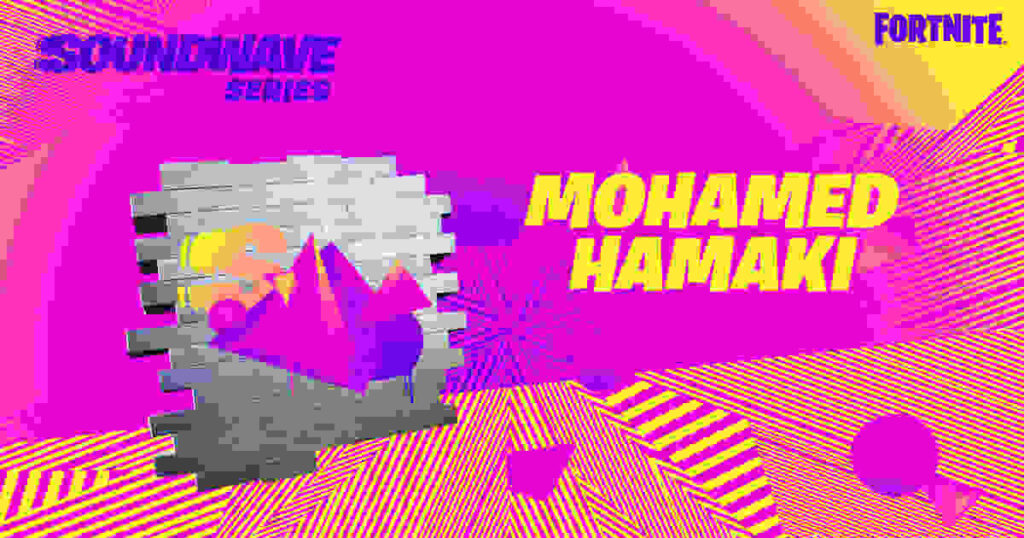 Also, players will have the option to watch the show in Battle Royale playlists via Picture-in-Picture. This will be available during certain times of the event and accessible through the settings.

Content Creators in the Support-A-Creator (SAC) program will be able to host VOD content from the Hamaki show on YouTube. They can also monetize it. Monetization of VOD content will be active for seven days, and no takedown notifications should occur afterwards.

All Hamaki fans will be able to dance and listen to Leilt Elomr beyond the show. To celebrate the debut performance of the song, the Leilt Elomr Emote will be available in the Item Shop starting Thursday, September 30, at 8 pm ET. That is, before the event starts.