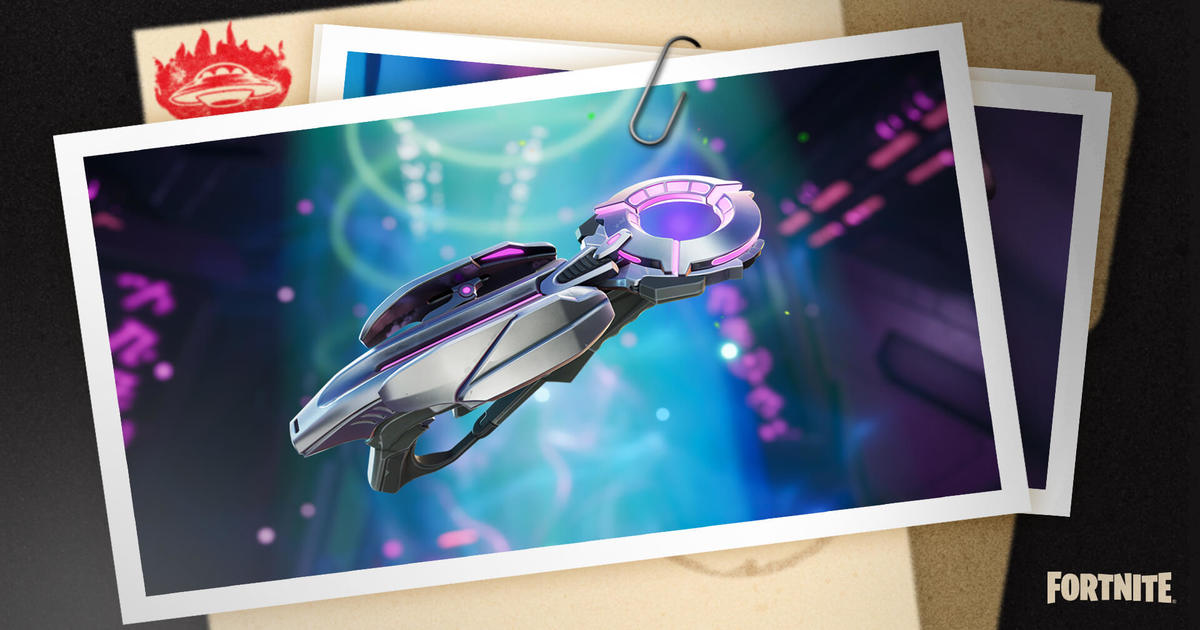 The Grab-itron gravity gun has arrived in Fortnite as part of the v17.30 patch update to be grabbed in Chests, on top of Abductors and inside the Mothership

The latest patch update v17.30 is now live in Fortnite, and a major addition to the Battle Royale is a fresh alien weapon: the Grab-itron. First appearing in the Season 7 Battle Pass trailer, the Grab-itron is often referred to as “UFO in your hands” by the IO or a “portable ordinary aircraft” by the Aliens.

The Grab-itron arrives in Fortnite

Players can use this weapon to pull in objects that are in front of them. They can pull in an object with its flying disc, take it along, and then launch it at an opponent. How much damage it deals, depends on how big it is, what it’s made of, and its launch speed.

The effectiveness of the Grab-itron goes beyond offensives. If gamers have an object pulled in, that object will block damage coming from in front of them. This is until it can no longer endure damage. Epic Games has stated that players can try using the Grab-itron to catch incoming explosives and propel them back.

You May Also Like :  Fnatic Wins GESC SEA Qualifiers

Where to find the Grab-itron in Fortnite

Gamers can find Grab-itrons in Chests, on top of Abductors, and inside the Mothership. However, finding them inside Chests will depend on luck. Players can never be certain of the loot they discover when you open one.

The Abductors way seems to be a better option. Players can simply open their map once into the game, to find three Abductors marked on their map.