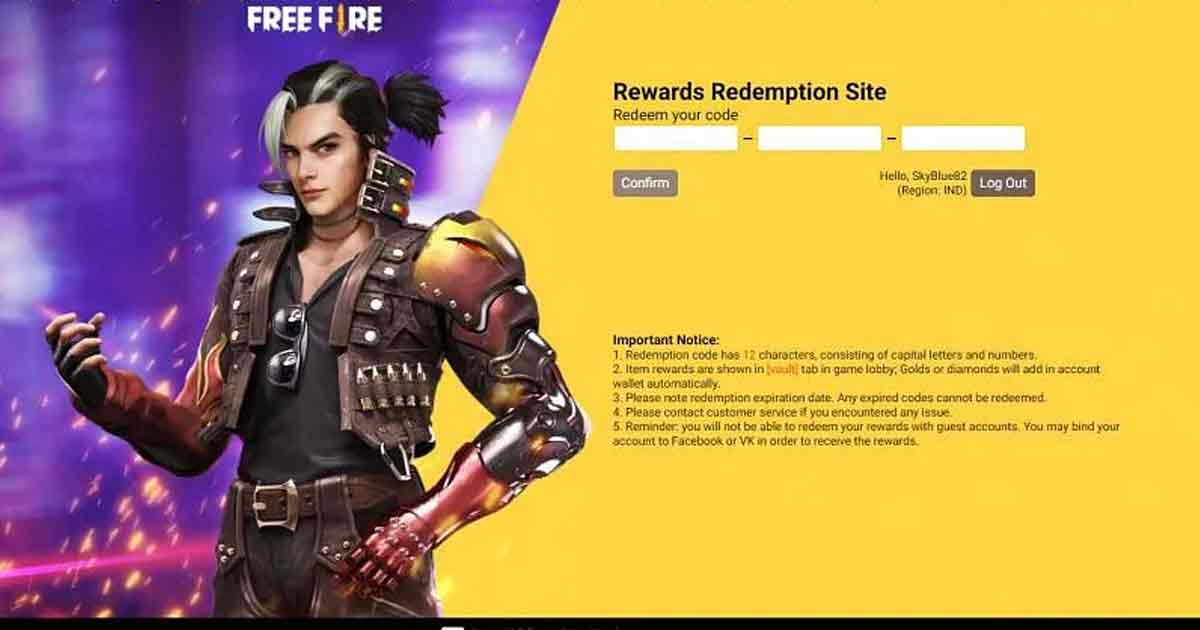 A popular mobile game, Garena Free Fire has millions of daily active players who are now rewarded by the developers with redeem codes

Garena Free Fire has currently become the biggest game in the mobile games market having millions of daily active players. To reward the millions of players of the game, the developers have planned giveaways in the form of redeem codes. Players will find here the process to redeem the codes and get their rewards easily.

Garena released special tokens to offer freebies to players called redeem codes. However, not every player is entitled to receive these freebies because these codes are limited to only a few regions or users.

But since the developers frequently release such codes, players of every region get the opportunity to avail the redeem codes.

How to Redeem Codes

Players who do not know how to redeem codes can follow the below given simple steps to get the reward as soon as possible. It is vital to quickly redeem the codes because most of the codes expire within a few days.

So quick redeeming is significant. When developers release the codes, players should visit the redemption website to redeem the codes.

You May Also Like :  Wild Rift patch 2.2a: Changes to Champions and Items

Players need to visit the website and they need to log in on the site through the options available. After logging in to the website, players need to provide their code in the empty box and click on ‘Redeem’. Garena will directly send the freebies items to the player in-game mail.