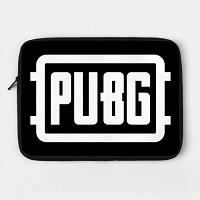 PUBG is a competitive survival shooter formally developed/published by Bluehole. PUBG is now being developed by PUBG Corp, a Bluehole subsidiary company in cooperation with Brendan Greene as the Creative Director, PUBG is Greene's first standalone game. In this game, Players are dropped into a wide, open area, and they must fight to the death - all while the battlefield shrinks, adding pressure to all in its grip. Use a variety of interesting weapons and vehicles amid the battlegrounds. PUBG was first released for Microsoft Windows via Steam's early access beta program in March 2017, with a full release in December 2017. The game was also released by Microsoft Studios for the Xbox One via its Xbox Game Preview program that same month, and officially released in September 2018. A free-to-play mobile version for Android and iOS was released in 2018, in addition to a port for the PlayStation 4. Battlegrounds is one of the best-selling and most-played video games of all time, selling over fifty million copies worldwide by June 2018, with over 400 million players in total when including the mobile version.