Garena to Celebrate Holi in Free Fire with an Event, Web Series 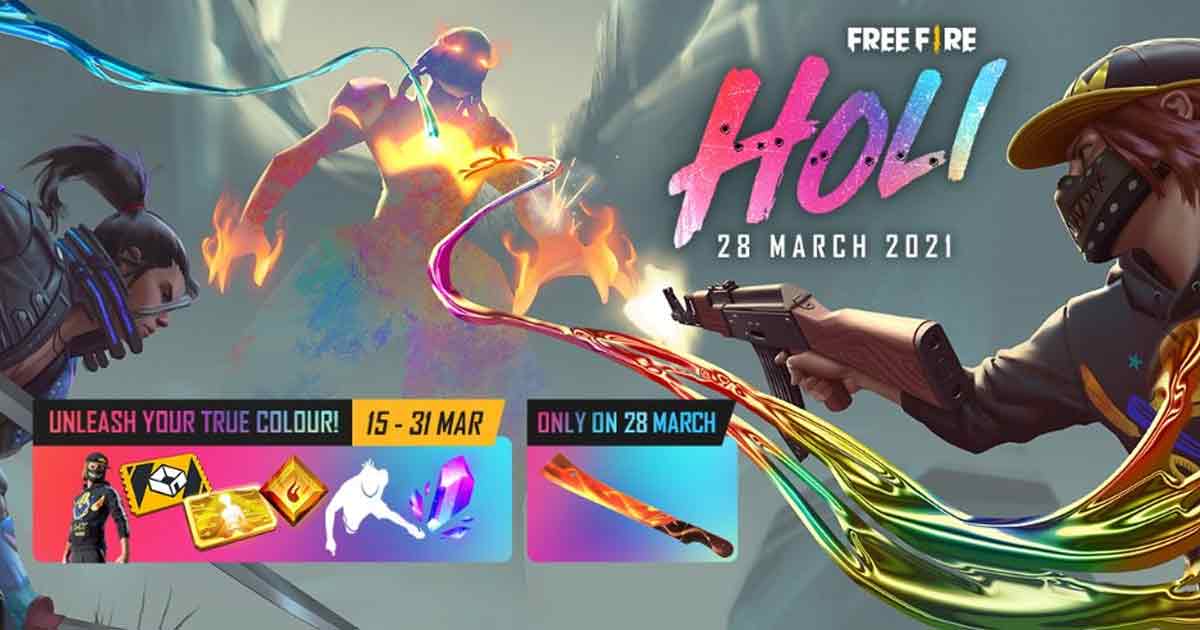 This year’s Holi will see a celebration of epic proportions in Free Fire, with a grand event and a web series lined up for fans

On the upcoming occasion of Holi, Garena will host a grand event in Free Fire. For the next few weeks, there will be a big celebration for the Indian fan base, where the Free Fire India team has their production this time.

For the notable collaborations, Garena will host big events in Free Fire. At the same time, developers have a collection of content in a partnership form with collaborative efforts.

With a dedicated event, this upcoming Indian festival Holi will be celebrated in-game. Free Fire stars will be there in that all-new music video as a part of this grand celebration.

“Fight for Colours” is the name of this in-game event with its teaser part to be released. The celebration of Holi will halt for some time, because demons will steal the colours. Also, the in-game characters will ask gamers to stretch their helping hand to recover the lost colours.

This is an event that will be there from 15th March to 29th March. Here, players will need to complete various tasks to unlock all the colors systematically.

Although Holi is a few days away, in Free Fire, Holi celebrations have begun already! 🥳 This Holi we want you to experience a whole lot of fun! Log in from today until the 21st of March and claim trial legendary gun skins. 🔫#FreeFireHoli #UnleashYourTrueColour pic.twitter.com/KjT2Lf4ZGC

When colours will be unlocked, one player can easily exchange them in the next stage. Also, in this event there will an advantage to defeat the demon at the end with the help of freebie bundles.

You May Also Like :  New Map, Fresh Anti-Cheat System coming to CoD Warzone this year

There will be three-episode web series from the Free Fire, where the series will be like “Game and Set, Match”. On 16th March, the first episode will be shown where there will be two players, namely Jay and Meera.

Both of them will meet via Free Fire to pair up a bond of strong friendship. Fans of the game can expect more information to be released before the event ends.