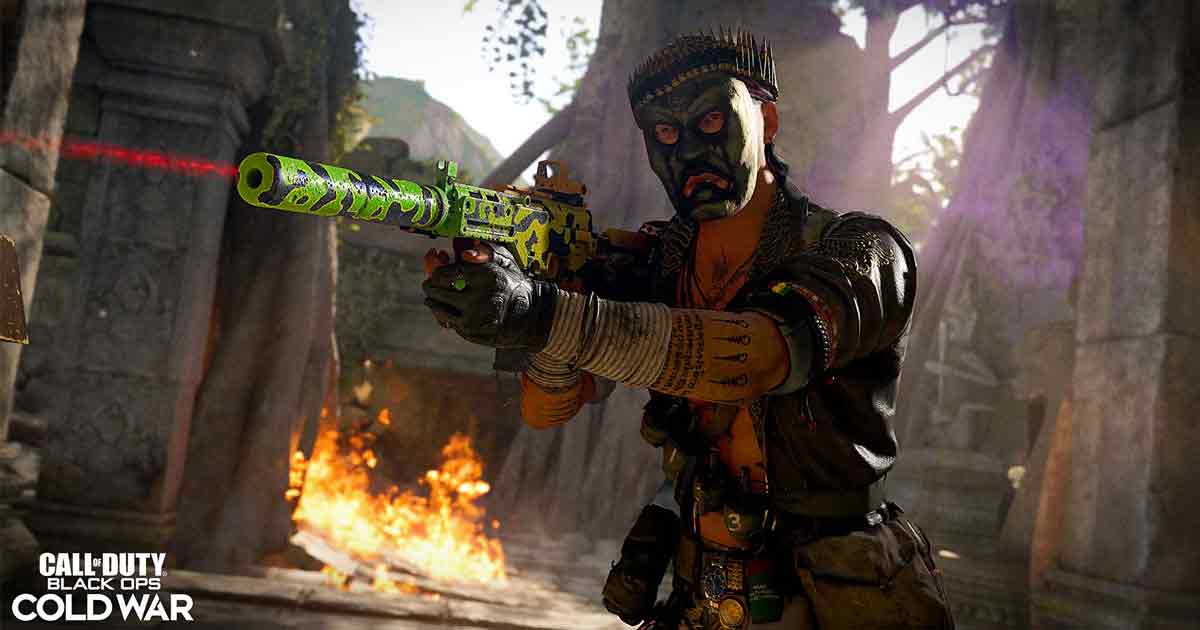 CoD Black Ops Cold War will be getting the LC10 SMG as part of the Season Two Battle Pass. In a run up to Tier 31, the LC10 is part of the six new weapons joining the game’s arsenal.

Touted as a well-rounded, fully automatic submachine weapon, all Operators who reach the free Tier 31 will be able to unlock the LC10. Players can use Gunsmith and can extract maximum efficiency out of this balanced easy-handling gun.

As the game progresses, gamers can stack attachments for run and gun hip-fire play. CoD players can also cater to the weapon’s strong range of damage and accuracy with mid-range prowess.

Activision says that this new weapon is capable of moderate damage, with an impressive muzzle velocity and a high fire rate. Players must get the weapon’s Gunsmith configuration right as well as select an apt Operator to use it.

The LC10 is being presented as one of the most accurate weapons in its class. A high fire rate also renders the LC10 equally capable in close-quarters combat along with mid-range battles in CoD.

Unlock the versatile and well-rounded LC10 SMG when you reach Tier 31 in the Season Two Battle Pass for #BlackOpsColdWar and #Warzone.https://t.co/nAs96v7yGY pic.twitter.com/gXvIAtp0Iv

Without any attachments, the LC10 is capable of a five-shot kill. Additionally, it can eliminate enemies in merely four shots if three of them are to the head. The gun boasts of highly pronounced vertical recoil.

This helps in continuous firing of targets mitigated through burst fire and a slight downward press on aim. A CoD player can effectively focus on movement aiming over recoil control, as the LC10 has a steady aim in hip-fire.

To complement the high-fire rate of the LC10, it comes equipped with a base 34-round magazine, which empties quite fast. However, if a gamer is struggling to land more than one kill per magazine, he can consider the 45-round attachment.

Players can unlock this round early on for an easy ammo boost even as he is first leveling the weapon.

CoD developers are betting big on the LC10 SMG. As long as a player stays within close-to-medium range, this weapon will not disappoint.