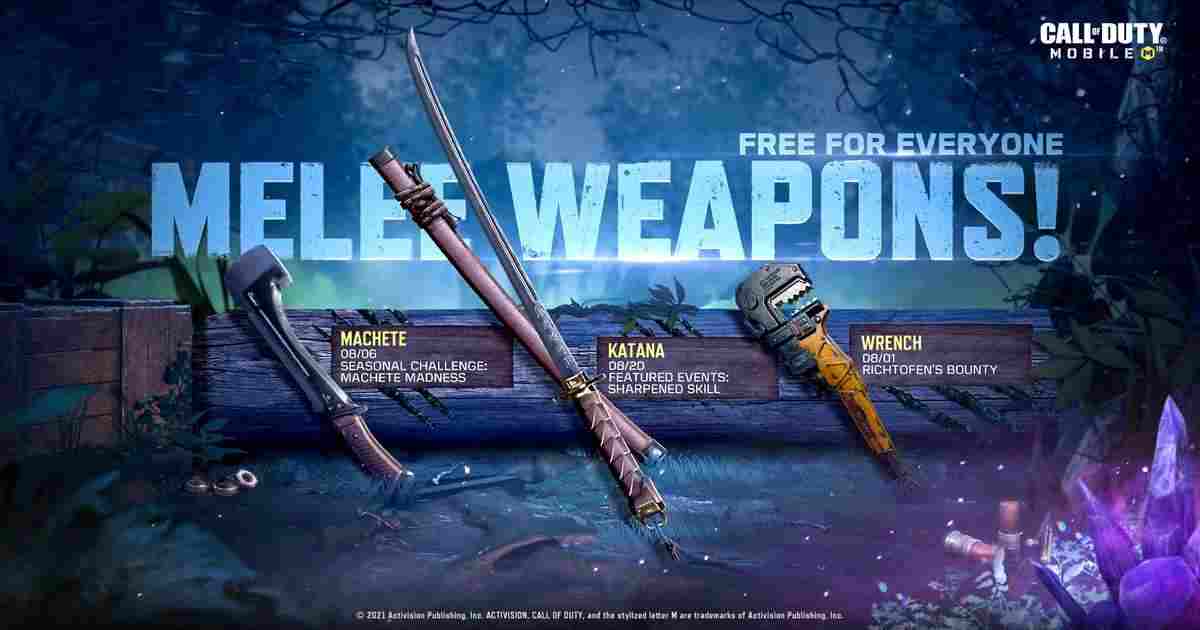 CoD Mobile Season 6 will add three new melee weapons to the game: The long-awaited Katana, the handy Wrench and the capable Machete

Call of Duty: Mobile Season 6 will add three new melee weapons to the game. Gamers will have access to a free Katana coming up this season, along with a Wrench and Machete.

For CoD Mobile fans, this season is truly one of zombies, double agents, and new melee weapons. Here are the details of each weapon.

The ‘handy-dandy’ Wrench should come as no surprise to Undead Siege players. The multifaceted weapon can repair turrets and generators, and take out the bulky Wardens.

Once it is completely unlocked, it can even defeat enemies in MP and BR. Gamers can progress through Richtofen’s Rewards by playing Undead Siege and completing tasks there to grab the fabled Wrench.

CoD Mobile fans have been quite upbeat about the arrival of the killer Katana. Activision had been planning to introduce this close combat weapon for all of three seasons. It finally makes it to the game, arriving on August 20.

On the same date, the Sharpened Skills featured event will go live and players can claim the Katana. To progress through the event, gamers need to complete the stipulated tasks. These include killing enemies with melee weapons, earning Backstabber Medals, and killing enemies with the Dead Silence perk equipped.

The ever capable and trusty Machete is useful for more than just cutting through overgrown shrubbery during the oppressing heat of the summer. Players can earn this new melee weapon through the Machete Madness seasonal challenge.

Fans looking for a supped-up version of this blade you can grab Machete – Dog Tooth in the Rottweiler Draw available through the store.