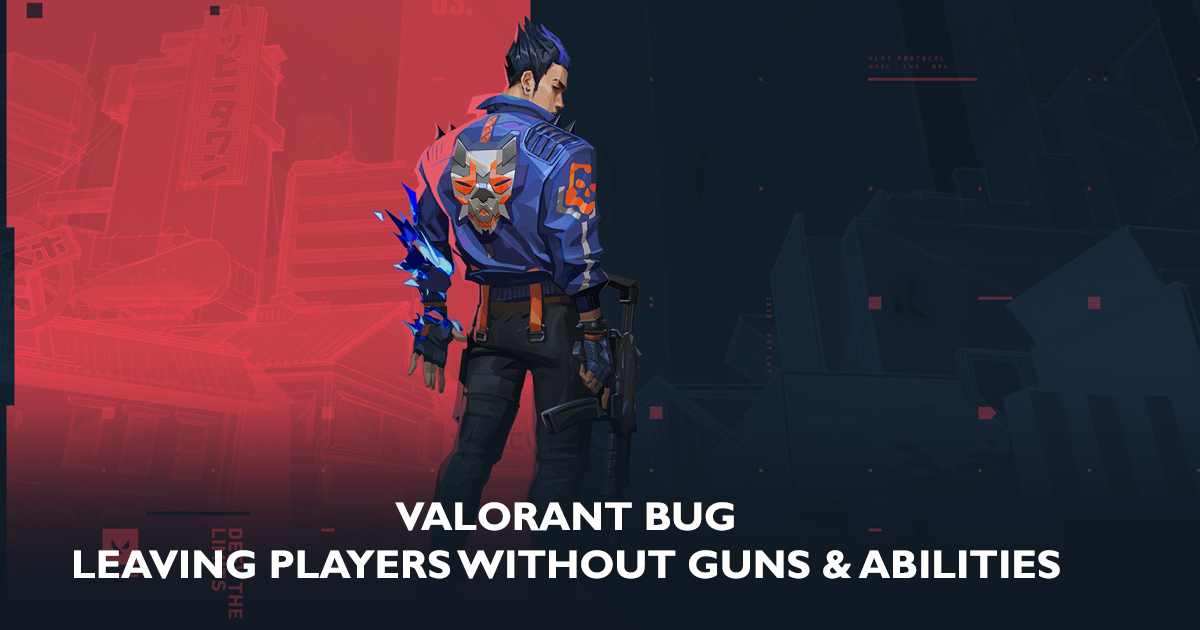 Valorant players are complaining of a new bug, which annihilates their weapons, abilities and in-game prowess and impacts their overall stats

Valorant’s 2.03 patch update was introduced five days ago that not only brought a renewed mode of the game along with several updates but also brought a new bug affecting players’ abilities.

The new Valorant bug is seriously affecting several players, as they have been caught up by a weird malfunction affecting their abilities and making weapons useless.

The update landed just a few days back introducing the latest game mode and innumerable feature updates but unfortunately was accompanied by a problematic new bug.

Valorant’s latest update has affected a greater number of players who have been disturbed by the new bug. It has been limiting their abilities and making the weapons of no use.

It can impact any Agent and strike at any time. Here’s what you need to know ⬇https://t.co/QYI7y6FKAU

The worst part is that the bug could strike at any time during the game and mat hit any Agent. The new bug is causing a much bigger impact, unlike prior issues that used to impact a specific ability or an Agent.

While playing a competitive match on gamers got affected by the new bug and they were all suddenly out of the game without any reason. They could not perform the game’s core functions and were down to a 2v1 situation.

Initially, most of them were incapable to drop their Bucky for a Vandal on the ground. This lead to an unpleasant encounter with the last left enemy near the A-site. Things got worse before ending of the round.

Gamers were unable to shoot an enemy “Killjoy” and discovered that none of their abilities were working. They were neither able to throw out smoke nor do anything with the kit. So they were left with no other option and have to back away from the contest.

Some other players also complained that they were unable to jump, shoot, shift, use weapons, or do anything. This was irrespective of the Agent they chose.

If the bug comes at a crucial moment of the game, then it may heavily cost players. Though players have asked Riot to fix the issue they are still waiting for a response.

Nevertheless, no one can tell when the bug could strike again or for how long it may affect. Luckily, in this case, everything returned to normalcy in the next round. Players were able to shoot and use their abilities.