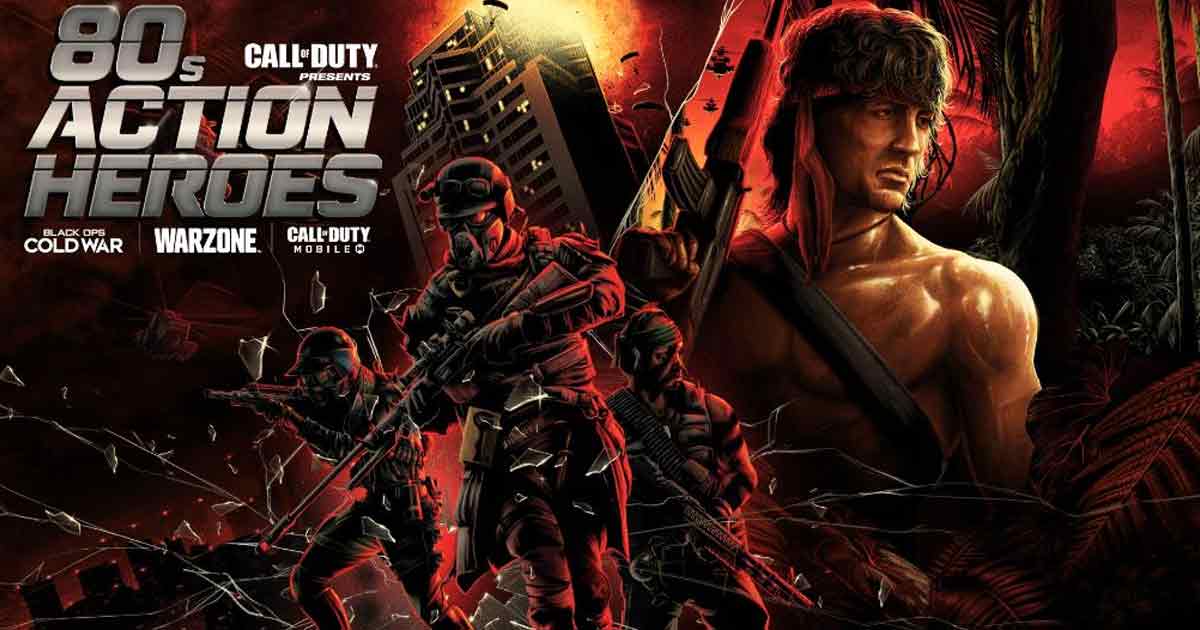 The Operators roster in CoD Mobile is all set to get the iconic Rambo and John McClane from CoD Warzone, as part of Verdansk ’84

Activision has teased a number of new crossovers for Warzone, including the legendary Rambo and John McClane from the Die Hard series. Fans will fine these iconic Operators currently locked in for CoD Mobile.

With Warzone Season 3, Activision is launching a number of 80s themed crossovers to tie in with Verdansk ‘84. Activision has subtly teased action heroes like Rambo and even Terminator over the past few days.

At first, it appeared this new content would be exclusive for the battle royale experience. Now, it’s official that all upcoming Operators will be coming to CoD Mobile as well. This marks the first-time new content will be available across Black Ops Cold War, Warzone, and CoD Mobile.

Fans got a glimpse of the new Operators as teasers dropped online on May 6. The official Call of Duty Twitter account shared a stat report that was quickly linked to John Rambo. The floodgates were open from this point on as easter eggs came pouring in.

The Die Hard franchise was next in line as the CoD developers had posted John McClane hints on social media. Last but not least was the Terminator series with a potential T-800 skin in the works as well.

You May Also Like :  Riot Games adds Limited-time Escalation Mode to Valorant

Activision had launched a new trailer on May 10, confirming that all Operators teased to date will be available across the board. Warzone, Black Ops Cold War, and CoD Mobile players can all access new features from 80’s crossover theme.

“The action begins May 20,” the official teaser trailer revealed. If the launch is universal across all three titles, CoD Mobile players should be able to access this new content on the very same day as everyone else.