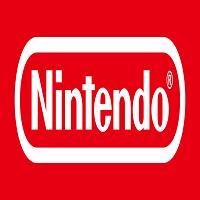 Nintendo Co., Ltd. is a Japanese multinational consumer electronics and video game company headquartered in Kyoto. Nintendo is one of the world's largest video game companies by market capitalization, creating some of the best-known and top-selling video game franchises of all-time, such as Mario, The Legend of Zelda, Animal Crossing, and Pokémon. Nintendo's central focus is the research, development, production, and distribution of entertainment products—primarily video game software and hardware and card games. Its main markets are Japan, America, and Europe, and more than 70% of its total sales come from the latter two territories. Nintendo was founded in 1889 by Fusajiro Yamauchi and originally produced handmade hanafuda playing cards. Since the launch of the Color TV-Game in 1977, Nintendo has produced and distributed home, handheld, dedicated and hybrid consoles. Supplemented since the 1980s by its major divisions Nintendo of America and Nintendo of Europe, it ultimately became one of the most influential in the video game industry and one of Japan's most-valuable companies with a market value of over $37 billion in 2018.