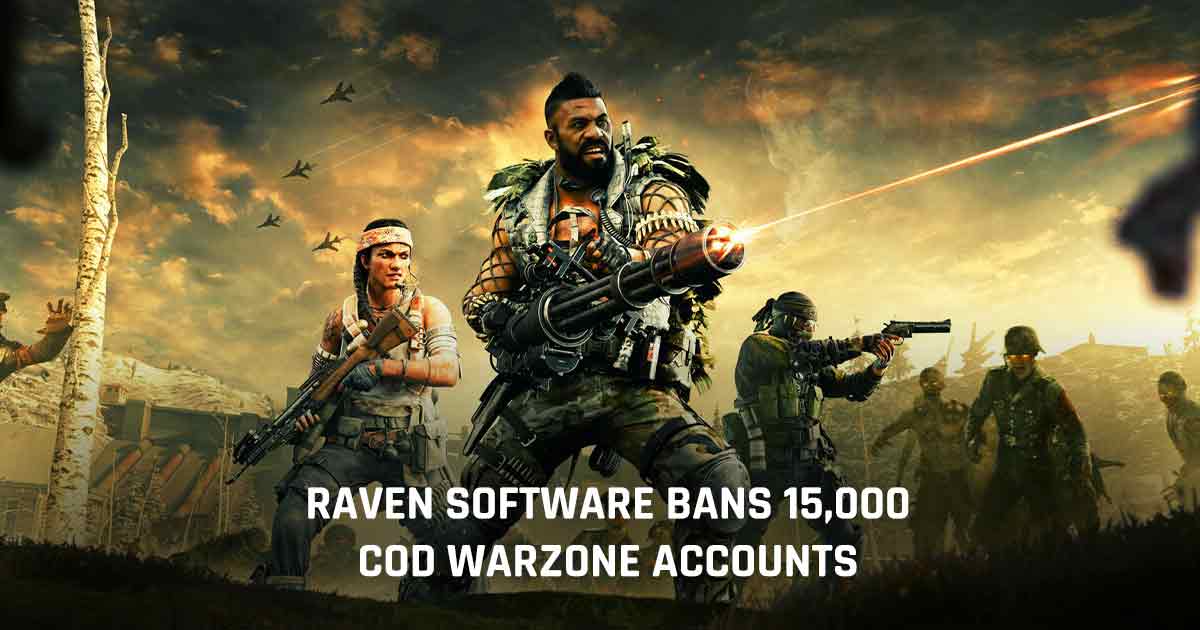 This year has seen Raven Software go on a commendable account banning spree and the wave continues. The CoD developers have announced a fresh ban on 15000 Warzone accounts and promised more in the days to come.

Players and fans of the game will surely recall that it all started in February, when as many as 300K Warzone accounts were banned. Later, Raven followed it up with another 13000 accounts being banned a couple of weeks back.

In fact in February, Activision came out with a dedicated blog focused on the developer’s commitment towards anti-cheating policies. They promised gamers of their continued and ever-increasing efforts towards this end through zero tolerance.

While the developer’s and publisher’s enthusiasm is plausible, it is still not a full-proof mechanism yet. Many Warzone players are likely to create new accounts and get away with any strict actions against them.

However, Raven has been consistently carrying out these account bans and more severe actions might be in the pipeline. Hopefully, this transparency drive will continue as the studio tries to rectify the cheating problem in Warzone permanently.

You May Also Like :  CoD Black Ops Cold War gets Collateral Strike 24/7 map in Season 4