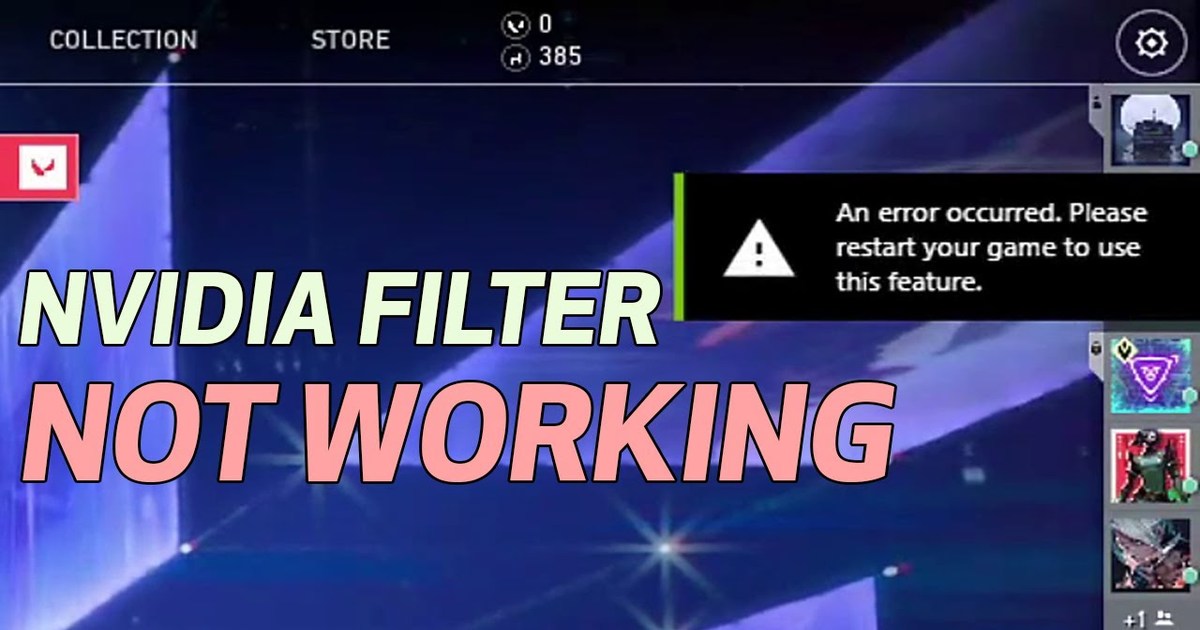 The much-anticipated Episode 3 has finally arrived in Valorant and it has brought alongside it a plethora of new content that players are enjoying. However, some of these new changes are proving to be rather unpleasant for the Valorant community.

Riot has identified a game-breaking bug involving NVIDIA Freestyle filters discovered after the Episode 3 release. The Valorant developers have decided to temporarily disable the function till they address this issue.

NVIDIA filters are not working for VALORANT right now because of this KAY/O bug.

Till then, players will be unable to change the game’s appearance using external programs.

As fans are already aware, NVIDIA users can use NVIDIA Freestyle to set various filters. Through this, they can change their game’s appearance settings. These include features like its contrast and brightness to customize the game’s visuals according to their will.

Issues with NVIDIA in Valorant

Problems began to arise when Riot discovered that the HUD removal feature of NVIDIA could lead to the game-breaking bug. Owing to this, flashes in-game would not affect players at all.

Many players were beginning to use this as an anti-flash exploit when Riot decided to temporarily disable the software till the issue was solved.

As of now, it’s still unclear when NVIDIA users will be able to use this feature again. We are also yet to know what steps Riot will take to tackle the bug.