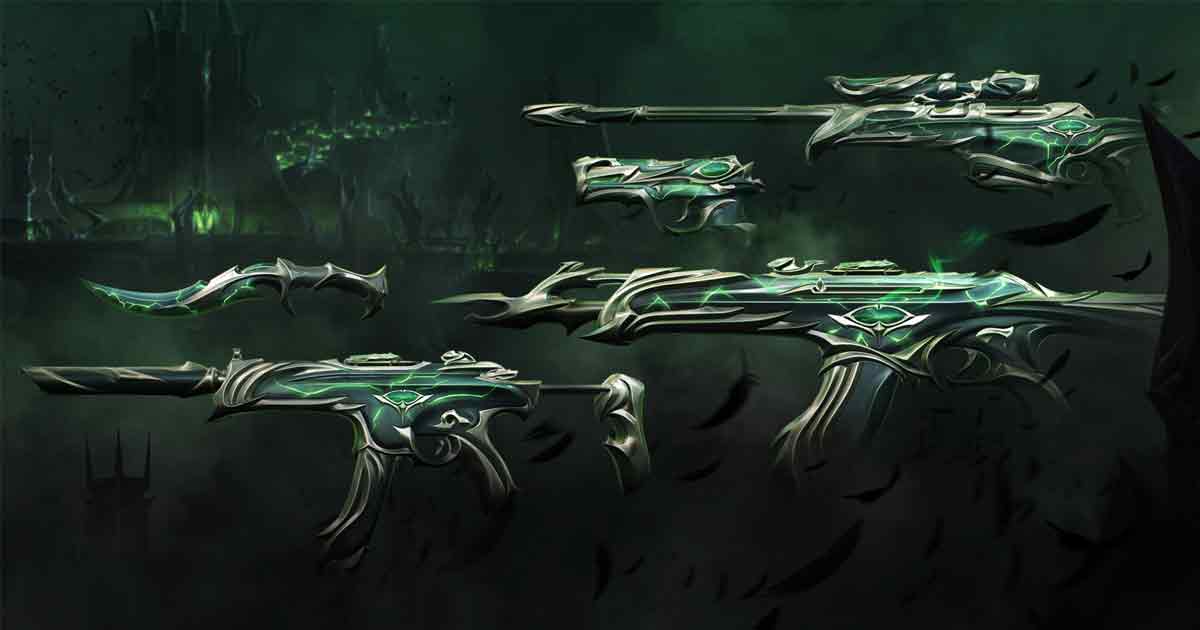 Valorant fans all around the world are excited about the launch of the Valorant forsaken skin bundle. Many gamers had earlier asked Riot about when they plan to launch this bundle. In this article, we bring you all the details about this bundle.

Name and Feature of the Skin Bundle

Forsaken is the name of the forthcoming skin bundle that features themes of “The Dark Side of Sovereign, Corrupted, Delicate, Beautiful Impurity.” The skins have a metallic green finish and it is perfectly complemented with neon green lines that run between the bodies.

This is a Premium Edition bundle and each skin in the bundle can be bought individually at 1,775 VP whereas the cost of the complete bundle is 7,100 VP.

The following weapons will include skins in the Forsaken skin bundle:

Players purchasing the complete bundle will be rewarded with an accessory bundle consisting of a card, spray, and a gun buddy.

There will be a total of five levels in the bundle. Each level will have the following changes:

Riot Games will be launching the Valorant Forsaken bundle on April 27th. This is the date when Valorant Episode 2 Act 2 is coming to an end.