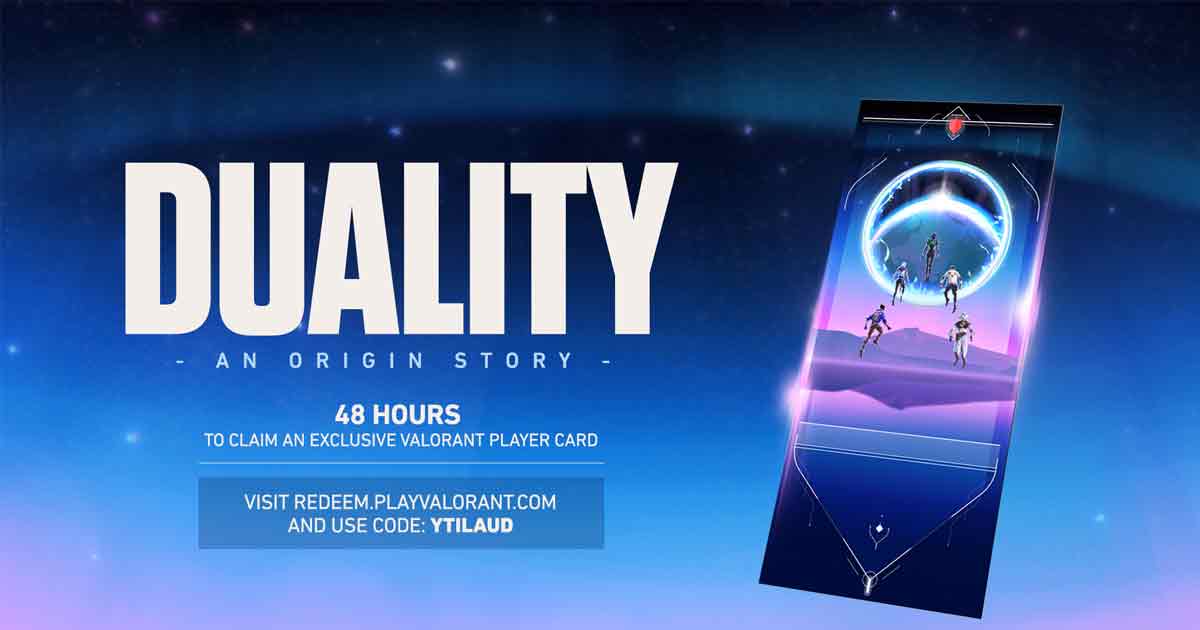 Since launch, Valorant has remained one of the most famous titles for Riot. From the day of going live, this first-person tactical shooter has created quite a stir among players

The game is known to be a blend of Counter Strike and Overwatch. This is due to its unique gunplay experience. Valorant also does have an aesthetic factor that is lapped up well by its player-base.

Gamers have taken a strong liking to the various weapon skins and other stuff like gun-buddies in Valorant. Players are often spotted to have equipped a fancy player card as their in-game display.

There are several ways by the means of which, one can acquire these cards. These include a battle pass or weapon-skin bundles, which are easily available.

How to redeem the Duality Player Card 101 | #VALORANT pic.twitter.com/wTWsj4mRji

Today in between the grand finale match played between Sentinels and Fnatic, Riot ran a cinematic, which clearly promoted their new player card known as “Duality”. Gamers can acquire this player card by redeeming a code provided by Riot on their official website.

You May Also Like :  Apex Legends working on new Legend that will be useless in Arenas

With this step, players would have successfully acquired the Duality player card. Interested gamers must note that this offer is valid for the next 48 hours. They must make sure to redeem the same before the time period lapses.