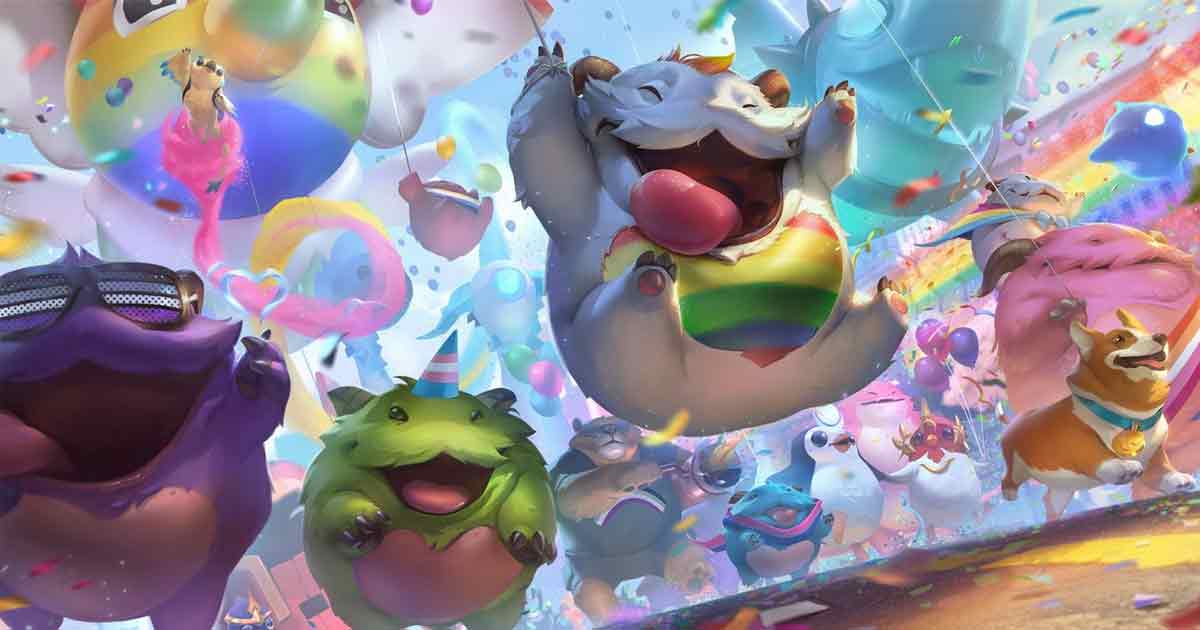 To celebrate the International Day against IDAHOTB, Riot Games has launched its Season of Pride across all its gaming titles, with rewards on offer

Riot Games has extended the celebration of Pride to all of the Riot Games worlds. This will allow players to celebrate inclusivity no matter what game they’re playing. This season commemorates the International Day Against Homophobia, Transphobia, and Biphobia (IDAHOTB).

Season of Pride by Riot Games

Riot is kicking its Pride festivities into full gear with celebrations across all of its games. The developer will release pride-related content within each game from now and throughout Pride month.

Season of Pride for Valorant players

Valorant players will have to wait just a little bit more to access their in-game Pride celebration. Riot revealed that more information regarding the celebration in the FPS game will be coming as Pride month approaches.

In League of Legends, players can receive the various rainbow poro player icons denoting the different identities of the LGBTQIA+ community and will have access to new missions that will award them with Pride-themed emotes.

We’re kicking off our season of Pride to celebrate and support LGBTQIA+ players and communities! 🏳️‍🌈 https://t.co/bF96eguA2A

You May Also Like :  Riot Games introduces New Features in Wild Rift patch 2.3

In Legends of Runeterra, new rainbow poro icons will be available for players starting May 19 in a free bundle via the store. This bundle includes a new emote featuring Tyari the Traveler, as well as a new Guardian, Ellie the Elephant.

In addition to in-game celebrations, from June 1 to July 31, new Pride-themed merchandise will be available in the Riot Games Store. It will feature mugs, shirts, hand fans and more.

These will be complete with designs of wards in the styles of the LGBTQIA+ flags. All of the proceeds will be going to the It Gets Better Project.