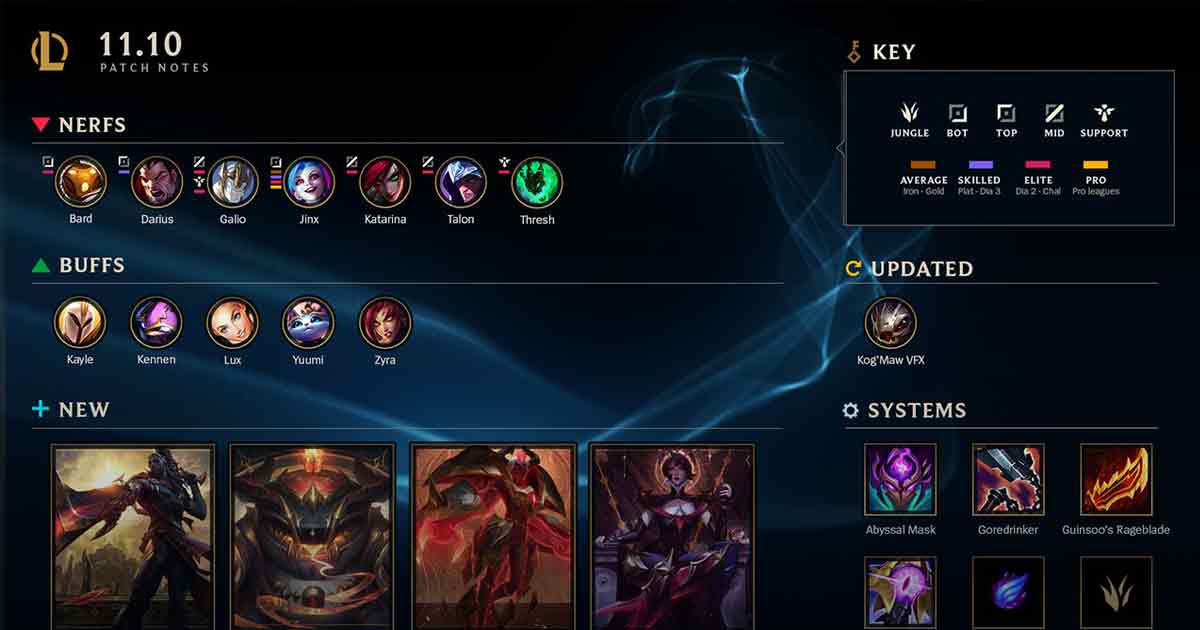 League of Legends patch 11.10 notes are now live. These include multiple nerfs for some champs, four new “Arcana” skins and Phase Rush nerfs. Riot’s balance team have turned their attention back to the game’s solo queue experience.

According to LoL lead developer Mark ‘Scuffy’ Yetter, this week’s patch is on the “lighter side” in regards to champion changes.

Instead, they focused on “jungle accessibility changes” in a bid to get more people queueing up for the role. Several popular LoL champs, like Lux and Kayle, were locked in for buffs.

Phase Rush also copped a raft of new Season 11 nerfs. Finally, Riot has given LoL players a glimpse of pre-Ascended sorcerer Xerath in a new “Arcana” skin line, which will be released in this next update.

Popular champions like Lux have made it to the buff lists this cycle. The Demacian spellcaster in particular is one of the most popular characters in League of Legends. It was played 28,562 times in high ELO despite a lower win rate.

In a similar vein, Irelia was slated to get buffs despite a hefty 5.81% presence in ranked, but was “dropped” early in the cycle. Riot also handed Kennen, Kayle, Zyra and Yuumi several buffs.

However, Riot has targeted Galio, Talon, Jinx, Katarina, Thresh, Bard, and new jungle terror Darius for 11.10 nerfs. They will be joined in the same column by four items; Riftmaker, Abyssal Mask, Guinsoo’s Rageblade and Goredrinker.

Riot Games has unveiled four new champion skins. They are set to be released in League of Legends patch 11.10 new “Arcana” cosmetics.