Riot Games to launch Agents of Romance in Valorant soon 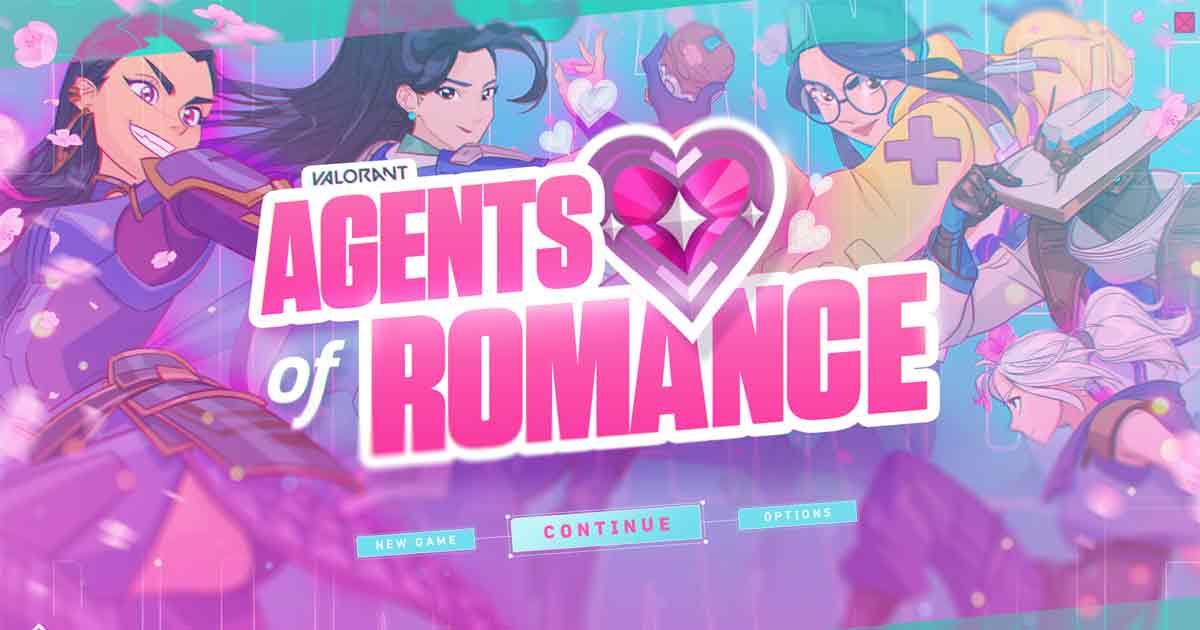 Valorant will soon get a new Agents of Romance spin-off, which allows players to strike a relationship with in-game characters and undertake regular tasks

Riot has announced the launch of Valorant: Agents of Romance. This spinoff dating game lets players strike a relationship with some of the game’s most popular characters.

Agents of Romance in Valorant

In this upcoming spin-off extension in the Valorant universe, the player will be playing as a new recruit who’s training to become a Valorant agent.

Players will be able to form relationships with the other agents by performing various activities like collecting items, going on dates, or even saving the world. This will occupy bulk of their activities in working towards being a Valorant agent

However, Agents of Romance appears to be different from what players have witnessed before. It will try to replicate the success of the popular League of Legends: Spirit Blossom event that appeared last year.

Valorant’s developers have created a dating simulator for players to get to know our favourite Agents. Gamers can use the game’s anime skin line images as a base. Agents of Romance allows players to “take on the role of a new recruit as they train to be a Valorant Agent.”

You May Also Like :  The Merciless Necromancer skin for Kord arrives in Garena Free Fire

“As players experience the rough and tumble life of an Agent in Training, they’ll build meaningful relationships with each of Valorant’s Agents,” said a Valorant developer. Together they will collect items, go on dates and might even end up saving the world in the process.

Valorant’s Executive Producer Anna Donlon recalls, “We’ve been looking into ways to expand and explore the Valorant universe”. “Even prior to launch and when we landed on a dating sim, it just made sense.”

Joe Killeen, Narrative Director for Valorant and Agents of Romance, says, “Our Agents are living, breathing individuals that are as expressive as our players. Agents of Romance allows us to put those inner emotions and human connections front and center. With this, we can explore who these individuals are when the uniform is off and the guns are stored away.”