Riot to introduce Coach Slots in Valorant's next update 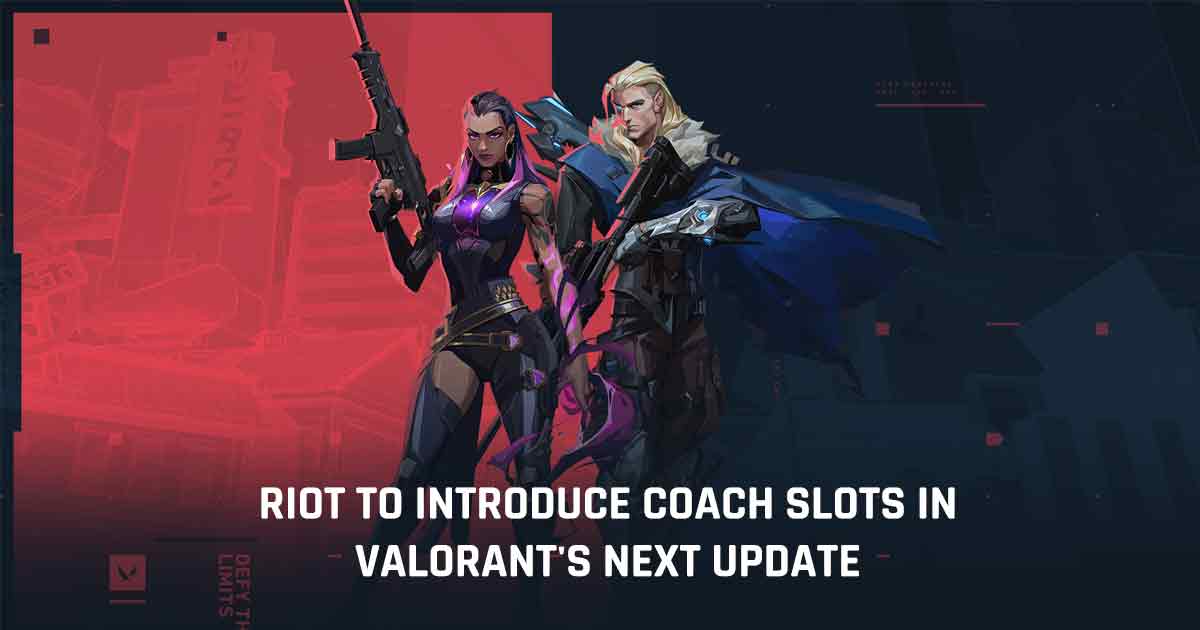 To implement new updates for tactical shooter Valorant, Riot Games prefers to take feedback from their fans. While they are now focusing to refine their ranking process as well as the entire competitive atmosphere, there is a strong demand to implement the Valorant coaching system. However, this area had not been brought under the developer’s notice.

There will be a bunch of changes for the Valorant, according to Riot developer Riley Yurk. This was recommended by  NRG coach Chet “Chet” Singh in February this year. However, coach slots were there in the process already.

Each team will possibly have multiple coach slots. pic.twitter.com/acMk9MZciR

It’s there on Twitter earlier that this coach slots may be coming to Valorant in the future. This was the news from a popular Valorant dataminer ‘ValorLeaks’. It will be most probably go live next week. Further, every team will have multiple coach slots.

You May Also Like :  Apex Legends Chatsworth Girl charm is now live: All the details here

Well, the coach slots may not have that strong impact when we talk about lower ranks. In fact, there will be a positive consequence on professional shooter’s scene.

Further, coach slots will ask coaches to spectate games in a live mode in their respective teams. Hope Valorant fans find this feature more intuitive for their future gameplay.