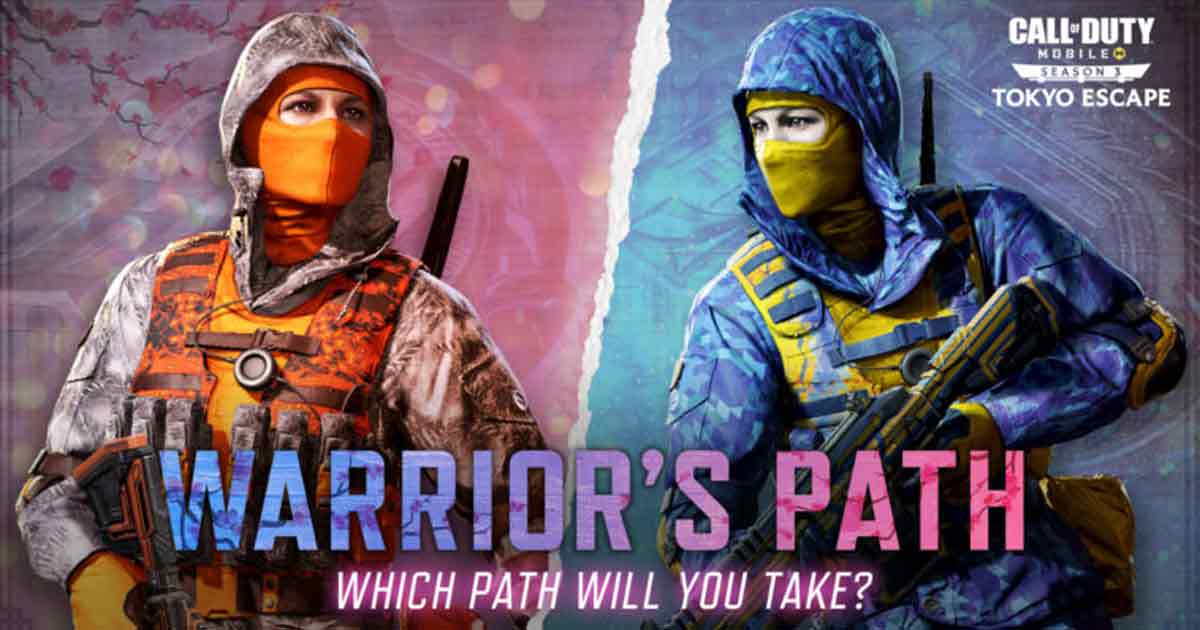 CoD Mobile Season 3 Tokyo Escape is now live in Japan and the developers have added a new event for gamers.

Called the Warrior Path Event, players get to select a side and defend their honour in a fight between the UAC and Five Knights. Also, the event will be offering several rewards, especially for contributing and acquiring new territory.

The Warrior’s Path is a featured event. It judges gamers on their test of might as they play between two factions vying for new territory.

New features of the event include fresh content like the Oasis and Coastal Multiplayer maps. Gamers will have access to the PP19 Bizon, the Overclock perk and more in Season 3. The Warrior’s Path event offers players a chance to battle for bragging rights and rewards.

💪 The time has come, to choose your path…
🛡 UAC or Five Knights ⚔

📖 Intel can be found here 👉 https://t.co/WX5LKCYniu

There are eight Epic rewards in all and one Legendary Calling Card, alongside 10+ Rare weapon camos and characters.

How to go about the Warrior Path Event

In this event, players begin their journey with the Warrior’s Path in the Events menu and announce their allegiance. They can either side with the heroes of the UAC or the villains of Five Knights. Once they commit to a faction, they proceed on a mission to start acquiring new land.

There are 15 territories in all, but only one territory is available at a time for a period of 24 hours. Gamers need to complete different tasks for each territory to earn points toward its capture. The faction with the most points at the end of the 24-hour period wins that territory.

Participants get to unlock and equip the Porcelain Yakuza weapon set in the Blade and Blossom Draw. This will provide them a 50% boost to their points earned from battles.