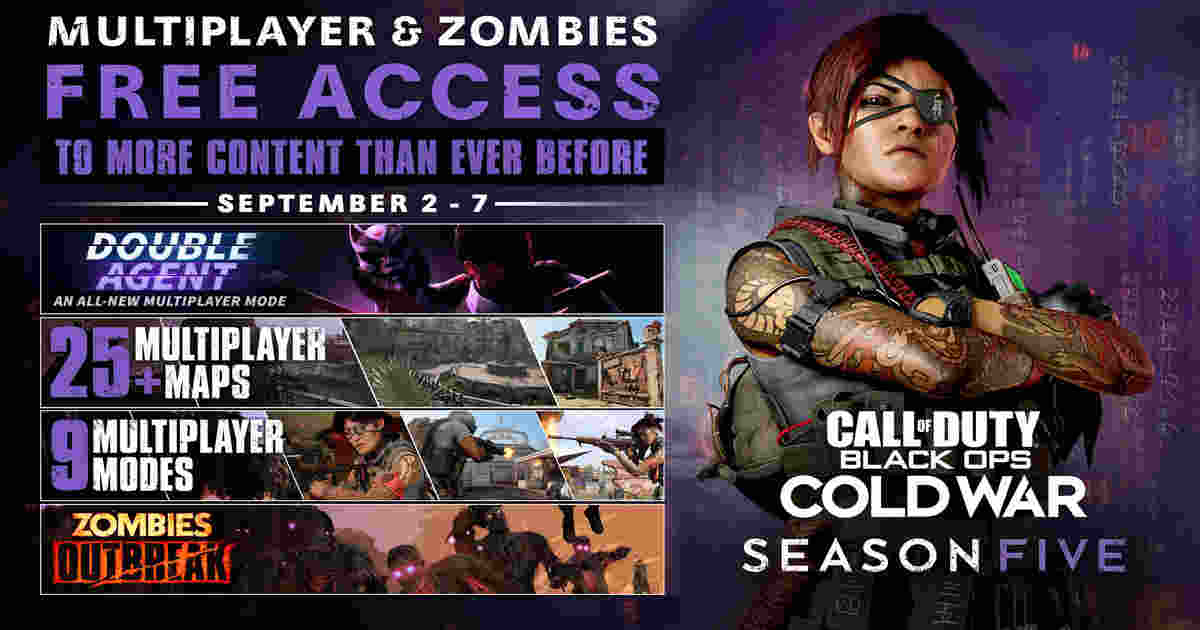 Treyarch has introduced fresh content for CoD Multiplayer. There is the new Season Five Moshpit, the much-awaited Free Access and weapon tuning features

Before transitioning into Season Five Reloaded, Treyarch has introduced a week loaded with content for Multiplayer. There is the new Moshpit, the much-awaited Free Access and weapon tuning features on board.

The studio has updated Throwback Moshpit with Slums and Drive-In now added to the content. Finally, players will gain access to the second week of the tactical Double Agent: Melee mode. As a standard practice, 12v12 Moshpit and Hardcore 12v12 Moshpit are also available via Quick Play.

The latest update includes new weapon tuning for the TEC-9, EM2, and PPSh-41. Gamers seem to get lit up by the full-auto version of the TEC-9 a little too often lately. To address this, Treyarch has reduced the damage for the Full-Auto Repeater Muzzle attachment by 18%, from 50 to 41 per shot.

On the EM2 assault rifle, the 25.8” Task Force Barrel attachment now reduces the weapon’s fire rate by 7% as an additional trade-off. The PPSh-41 gets an upgrade for the 15.7” Task Force Barrel. It gets an increased damage of 7% from 4% earlier. Finally, the Spetsnaz Field Grip Handle’s ADS time bonus now stands at 18%, instead of the previous 15%.

You May Also Like :  The Fortnite Minty Legends Pack: Release Date, New Items and more

Starting today through September 7, all players can download Black Ops Cold War Free Access. They can play over 25 Multiplayer maps and Outbreak in Zombies for free, in addition to Zombies Onslaught on PlayStation.

#BlackOpsColdWar MP & #zombies Free Access Weekend will be available from September 2 through September 7.

And Double XP will be live in Black Ops Cold War from Sept. 3 through Sept 7. pic.twitter.com/J5JjUwlqT8

For the first time, Free Access players will be able to participate in the latest Gunfight Tournament. This gives them the chance to unlock all-new rewards for making it through the full bracket.