Sony announces list of games in PlayStation Now in June 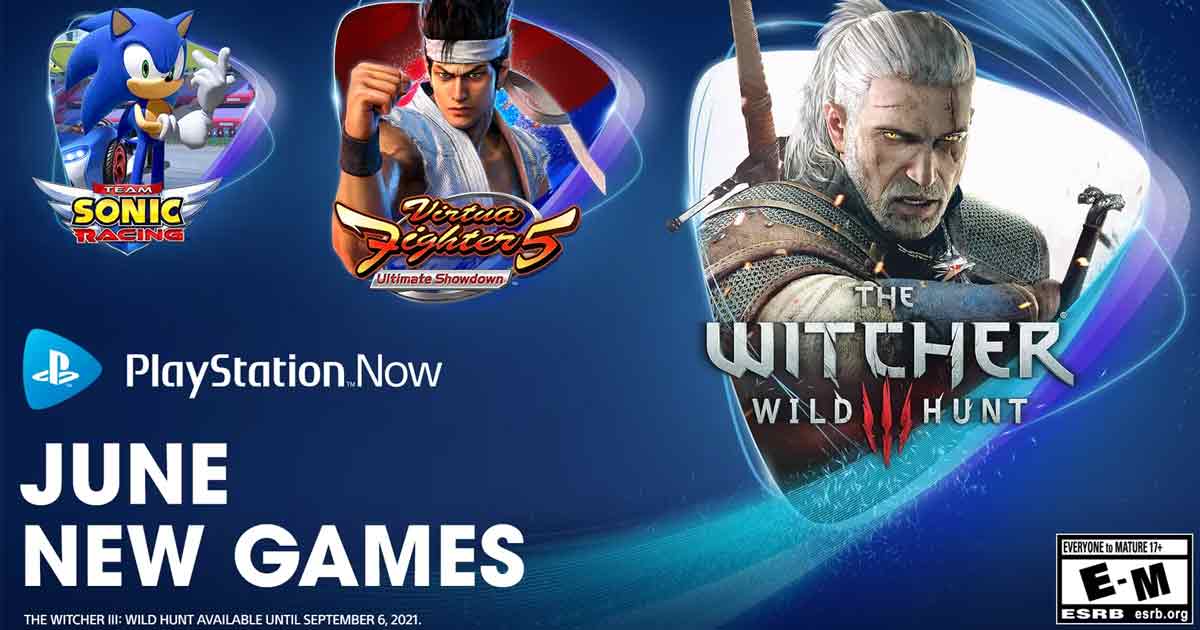 Sony has announced the list of games heading towards PS fans this June. PlayStation Now’s June lineup features open world adventuring and its 30th anniversary celebrations. Also on offer is the return of a fighting icon and a compelling combination of roguelike and card building.

From June 1 onwards, gamers can hunt monsters in The Witcher 3: Wild Hunt Game of the Year Edition. It is also known as the Complete Edition.

They can celebrate Sonic’s birthday with a trio of fantastic titles starring the blue hedgehog, battle friends locally or online in Virtua Fighter 5 Ultimate Showdown and attempt to Slay the Spire.

Sony has set this story-driven open world role-playing game in a visually stunning fantasy universe. Players are sure to find many meaningful choices and impactful consequences. They get to play as a professional monster hunter tasked with finding a child of prophecy in a vast open world with merchant cities.

i haven’t suffered in a while, 10 likes and i’ll play sonic forces when it gets added to playstation now on june 1st

The locales also include dangerous mountain passes and forgotten caverns to explore. The Game of the Year Edition includes The Witcher 3: Wild Hunt, all 16 DLCs, and two Expansion Packs: Hearts of Stone & Blood and Wine.

You May Also Like :  Fortnite adds Cammy and Guile from Street Fighter in patch 17.30 update

The speeding ‘hog switches sneakers for wheels in this thrilling, competitive style arcade racer. Players can face-off with friends in intense multiplayer racing, race together across stunning worlds. They can work together as a team by sharing power-ups and speed boosts.

Gamers get to pick one of the Sonic franchise’s iconic faces. Sony has split them across three distinct character types. After this, they can unlock game changing vehicle customization options to suit their racing style.