Sony releases Expeditions Mode for No Man’s Sky across consoles 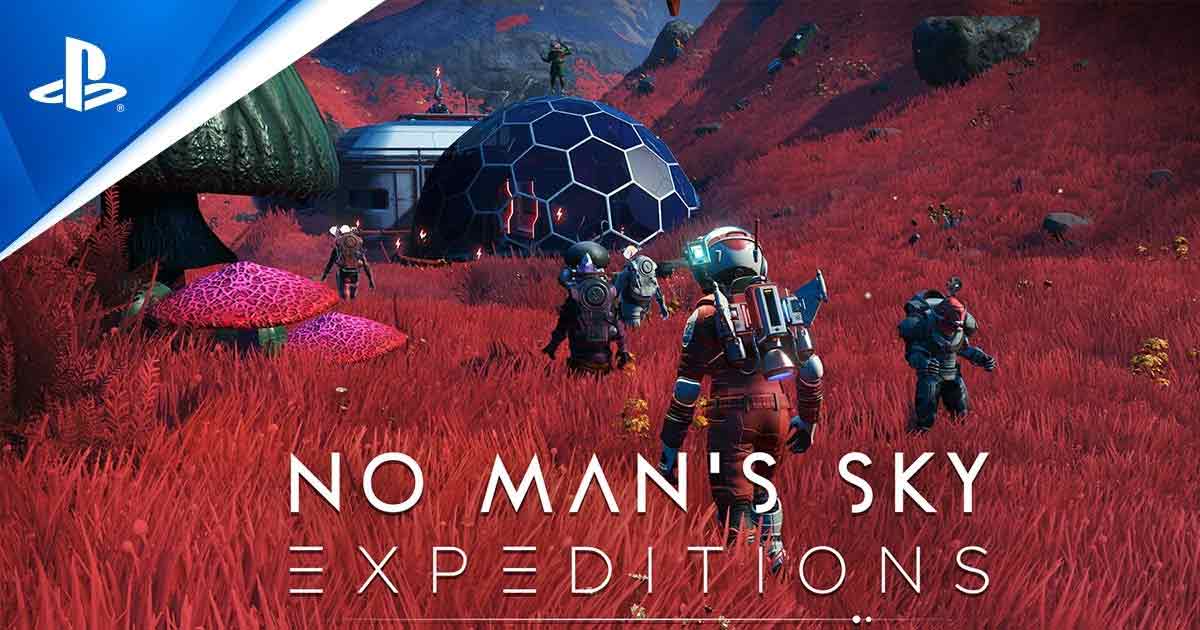 The Expeditions update for No Man’s Sky adds new modes, mission patches and seasonal adventures for adventures on the same planet

Sony has released the Expeditions update for No Man’s Sky. Players across PlayStation 4, PlayStation 5 and PlayStation VR will all be able to enjoy this update as it goes live. This update comes six weeks after the company updated Companions.

Expeditions Mode in No Man’s Sky

The new No Man’s Sky Expeditions update allows gamers to start an adventure together as a team. This means the pets introduced in update Companions will now have company.

The new update brings in an all-new dynamic game mode, changing as each season progresses. In a first, all players will start together on the same planet and then set off on a community expedition.

The Expedition planner ensures that travelers now embark on a series of milestones, each posing new challenges. While some of these are simple, others will be surmountable only by the most skilled players in No Man’s Sky.

Once a gamer has successfully completed his milestones, he gets to unlock attractive mission patches to display. Also on offer are hosts of new content that can be accessed across all saves.

Who can play No Man’s Sky Expeditions?

The new update accommodates both freshers and experienced gamers, along with returning players willing to re-explore No Man’s Sky. In new expeditions, players will drop into the game with a collection of technology, customisation, new ships and weapons.

The new No Man’s Sky Expeditions update allows players to start an adventure together on the same planet: https://t.co/GS4kmJ5CD5 Live today pic.twitter.com/zM6Qq2t16B

This provides gamers an idea of a few possibilities in the universe. At the end of the season existing expeditions will be converted to normal mode saves. This will allow regular play to progress.

You May Also Like :  New Clash Mode arrives in Warzone Season 5 Reloaded

This is an alternative to the four existing Normal, Creative, Survival and Permadeath modes. The Expeditions mode introduces a series of community-focussed seasonal adventures. These will expand and grow on players as seasons progresses.

Players successfully completing their exploration goals will get to unlock unique rewards. They can then take these back into the other game modes. They also get to unlock one of a large collection of new iconic mission patches.

The new mode has several rewards such as a new jetpack, an exclusive ship, weapon and a title. All these are now live for No Man’s Sky players.