Thanos is coming to Fortnite, fans can unlock skin early via Thanos Cup 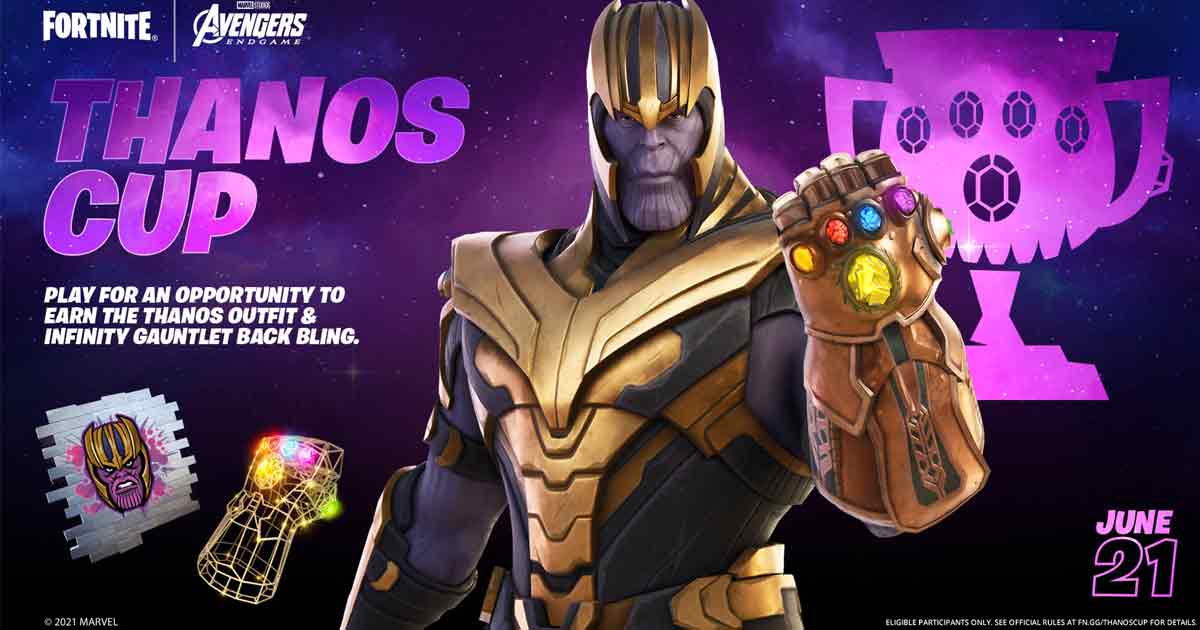 The Thanos skin is arriving soon in Fortnite and gamers can grab the Outfit and Back Bling early, by competing in the Thanos Cup

Fortnite fans can now rejoice as the iconic Thanos is all set to join the Fortnite item shop this month. Before Thanos arrives in the Item Shop, players will have the opportunity to get his Outfit and Back Bling inspired by Marvel Studios’ Avengers: Endgame first by competing in the Thanos Cup on June 21.

Three years after his LTM debut in Fortnite, Thanos arrives in the Item Shop for the very first time. Beginning at 8pm on June 26, 2021, gamers can play as the Mad Titan himself.

They can even equip the Infinity Gauntlet Back Bling inspired by Marvel Studios’ Avengers: Endgame – completed with all six Infinity Stones. Epic Games has not gone with the idea of introducing Thanos as the same limited-time mode. Instead, the Thanos Cup spices up things quite a bit.

The Fortnite Thanos skin will be available in the Item Shop on Saturday, June 26 at 5 PM /8 PM/ 1 AM. This means that players merely need to purchase it once it’s available, in order to unlock it.

How to play in Fortnite Thanos cup

Epic Games also announced an exciting new tournament, the Thanos Cup. It’s only available to players who are at least level 30 and have two-factor authentication enabled on their accounts.

Throughout the cup, duos will battle each other in a maximum of 10 matches spanning a three-hour period. Each win will grant the team 42 points.

However, those who finish anywhere between second and last place will still receive points, too. The top-performing teams in each region will earn special rewards.

These include the Thanos Outfit and Back Bling inspired by the character’s look in Avengers: Endgame.