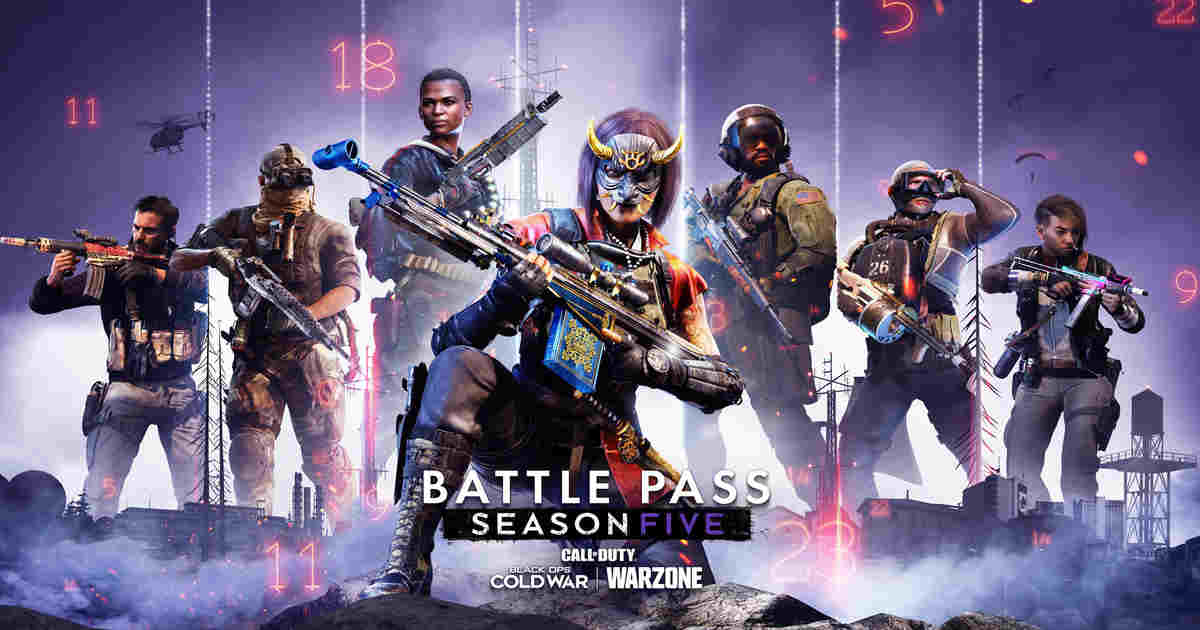 The much-awaited CoD Season Five Battle Pass has arrived in Warzone and Black Ops Cold War, and there are attractive rewards to be won throughout the Season

Each season of Black Ops Cold War and Warzone comes with a Battle Pass System. It allows players to earn a selection of free items, including two new base weapons, several Weapon Blueprints, and more.

Gamers can earn this content by simply playing either game. If they are desperate to move to the next Tier, they can purchase a Tier Skip for 150 CoD Points. This advances the Battle Pass progress up one Tier.

If players want access to all 100 Tiers in this system, including the instant unlock items at Tier 0, they have to purchase the Season Five Battle Pass for only 1,000 CoD Points.

The new season introduces the Battle Pass Bundle for gamers preferring a head start on earning all 100 Tiers. It is a combination of the Battle Pass and 20 Instant Tier Skips; 25 for PlayStation consoles.

A new Battle Pass with 100 Tiers of rewards and more! pic.twitter.com/1RBMAdMoA9

This set offers amazing value to players. It is set at a discounted price of 2,400 CoD Points, compared to buying the Battle Pass and 20 Tier Skips afterward à la carte.

You May Also Like :  The Fortnite Cosmic Summer Event is now live: Get all details here

This means, for an additional 1,400 CoD Points over the base Battle Pass, players instantly earn the four Tier 0 items. They also get a new Finishing Move, the first free functional weapon, and some new Weapon Blueprints. Gamers can use these in Loadouts right away, and a few Calling Cards and Emblems.

Players stand to immediately unlock Tier 0 rewards when they purchase the Season Five Battle Pass. It starts with Kitsune, along with a new Operator Skin for Garcia, a Watch, and a 10% XP boost for the entire season.

Kitsune comes with two Operator Missions. Gamers can complete these to unlock new customization content. Other tiers of the Battle Pass, such as Tier 20 with Hunter’s “Visionary” Skin, have Operator Missions for Multiplayer and for Zombies. These double up on new content by completing objectives.