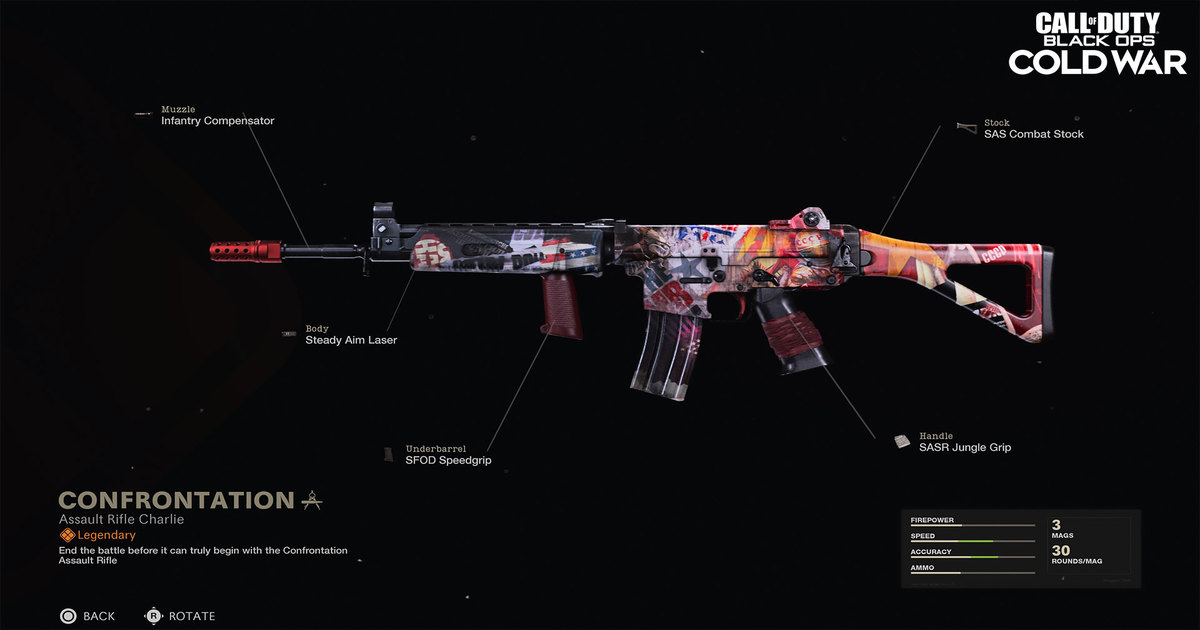 As part of Season 4 Reloaded, the CoD Prestige Shop has added the Confrontation assault rifle SMG Weapon Blueprints. Players can unlock this weapon at the cost of two Prestige Keys.

This Multiplayer loadout is built for Domination, Hardpoint, and Capture the Flag. Here, a combination of a do-it-all assault rifle and plenty of grenades make for a powerful objective-based loadout.

What is the Confrontation Assault Rifle

The “Confrontation” Weapon Blueprint is made for fighting right in the thick of things. Its key attachments are the SASR Jungle Grip for a significant boost to aim down sight time and flinch resistance.

The “Confrontation” one seems lazy. It is the AK47 “Collectors Edition” Blueprint slapped on another weapon.. ._. pic.twitter.com/iruoGx3AmY

Players also get the SAS Combat Stock providing a dramatic boost to aim walking movement speed. This means gamers can snap on targets and maintain good mobility with their sights up.

CoD has gone ahead with Danger Close to increase Equipment usage. The Blueprint now offers two Stun Grenades and two Semtex for breaching enemy objectives and choke points.Players can down their Trophy System once they break through for added protection against the counterattack.

As for Perks, a Forward Intel gives gamers greater mini-map awareness. The additional Gearhead reduces Field Upgrade cooldown for more uses of the Trophy System throughout the match. To reduce the number of possible threats, a player can finish with Cold Blooded.